Beyond Asanas: Changing Perceptions About Yoga 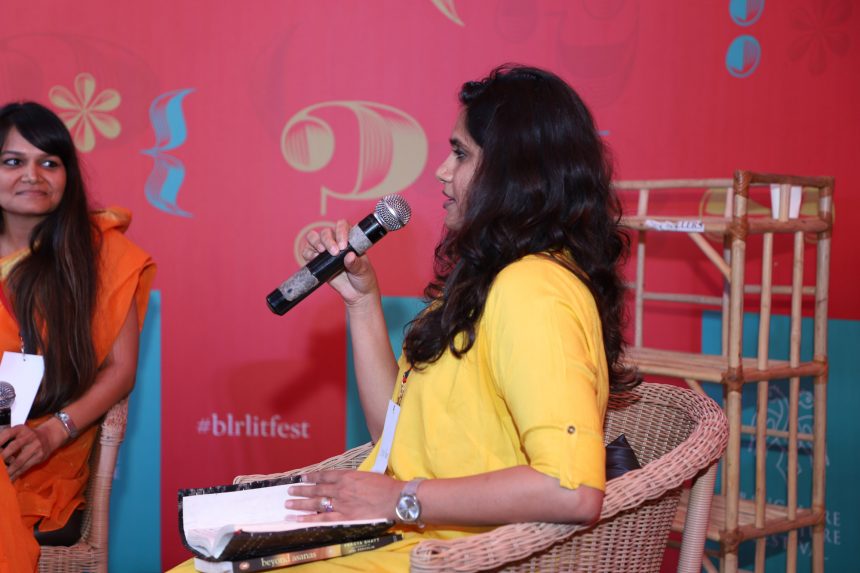 ‘Beyond Asanas’ session was titled in retrospect of the book Pragya wrote. Pragya Bhatt was born in New Delhi and grew up around the world with her parents who were in the Indian Foreign Service. After completing her schooling from various international schools, she went on to pursue a B.Tech in Computer Engineering. Upon the completion of her degree Pragya worked with Infosys Technologies Ltd (as a Software Engineer) and later on with Accenture Pvt. Ltd (as a Team Lead for their Mobilization Team). She worked for eight years before finally hanging up her business suit. After receiving her Yoga Instructors’ Certification from SVYASA (Swamy Vivekananda Yoga Anusudhana Samsthana), she continues to deepen her practice under the guidance of noted teachers. She conducts group and private classes, international trainings and retreats. Her teachings are also available online.  Pragya is the author of ‘Beyond Asanas: The Myths and Legends Behind Yogic Postures’. The book is published by Penguin and was released in June 2019.

The session primarily focused upon the idea of yoga beyond the notion of a mere weight loss mechanism. In the 30-minute conversation, Pragya talked on how yoga is still relevant and how it helps in the holistic well-being. The discussion was taken forth in regards to the sound philosophy that yoga carries. She mentioned her collaboration with the illustrious photographer, Joel Koechelin for her book, ‘Beyond Asanas’. In the discussion, the audience was able to understand the idea Joel had to illustrate the various asanas for the book. Pragya vividly remembered how Joel wanted to show yoga as an art, beyond the apparel and beyond glamourous relevance it carries. With sound facts, she elaborated on how yoga is more oriented to bring balance of the body, to look at the health perspective and not on the weight.

Yoga was elaborated as a constant learning process. Throughout the discussion, Pragya gives solid statements on how yoga has helped her and her students. On the meditative aspect, she mentioned that it is quite difficult to train the mind. However, with the discipline of following the routine of physical impact that yoga brings; it eventually helps the mind for the routine cycle of balance.

About the Author: A modest graphic designer and an amateur blogger – Liyana believes in weaving stories that come as a ‘solace on a late winter night’. She loves climbing mountains and can be seen spending hours looking at the night sky. She blogs at liyanashirin. She currently writes for TheSeer.