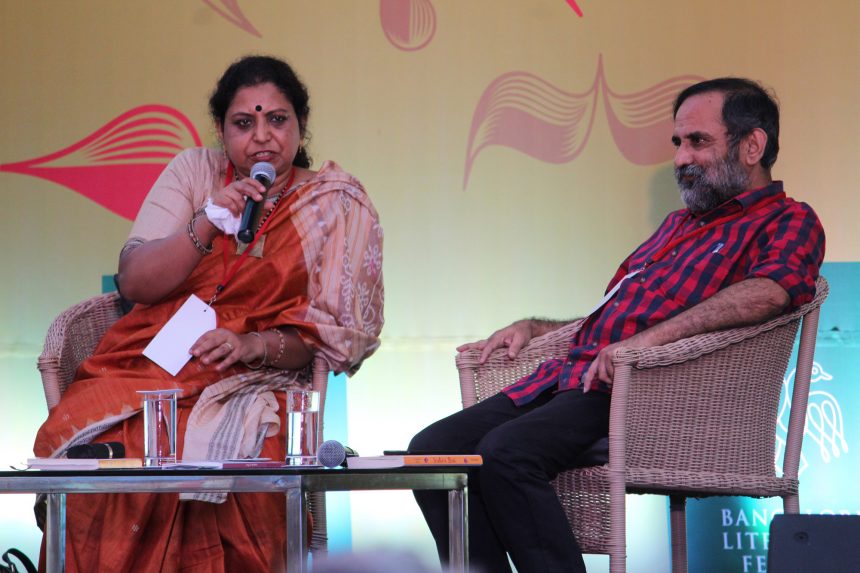 Vanamala Viswanatha who is an award-winning translator, working with Kannada and English, introduced the first Kannada novel ‘Indira Bai: The Triumph of Truth and Virtue’ by Gulvadi Venkata Rao who hailed from south kannada region. This novel is about a child called Indira, who gets married at an early age and becomes a widow. It goes on to narrate how she tries to rebel against the four walls of the house, that denies her education.

Shivarama Padikkal, a joint faculty at the Centre for Comparative Literature at the University of Hyderabad said there were two things opposed by upper caste especially brahmins in late 19th and 20th century, one being novel and the other coffee. There is a lot of literature opposing coffee and novel. The style of writing that was basically pursued during those times was opposed heavily by upper caste people. Also, there is a lot of discussion that revolves over nation and nationalism which the author has expressed in his novel. This novel also describes as to how a nation is conceived and perceived by elite people of the late 19th and 20th century.

Indira Bai novels demonstrates the social reforms and as a woman-centric text, it stages all the major debates of 19th century colonial India such as child marriage, widow remarriage, and women’s education. This novel constructs national identity, regional identity, and the idea of modernity. This book has texts in five languages, namely Kannada, Tulu, Konkani, Sanskrit, and English.

About the Author: Rohini Mahadevan is a political science graduate and works as a content writer. She likes reading books, drawing, painting, and writing short creative pieces. She currently writes for TheSeer.