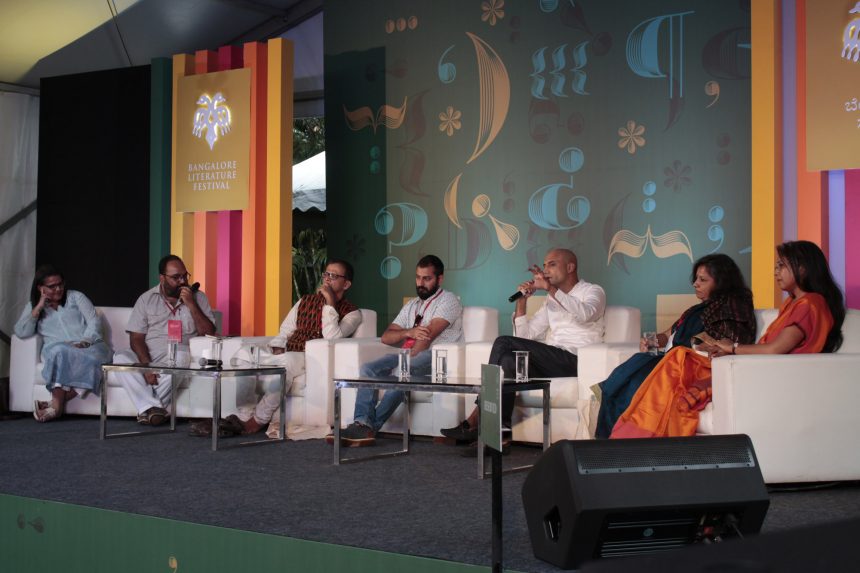 The biggest panel of Bengaluru Literature Festival focused on breaking mental health barriers and was moderated by Amandeep Sandhu, author of the novel ‘Sepia Leaves’.

The conversation involved remarkable writers and pioneers of mental health awareness. Amandeep started the session by sharing his views about mental illness and asked each of the panelists the same.

According to him, it is a double-edged sword where the victim suffers alone. Contradictorily, he mentioned his third book titled ‘Journeys Through Fault Lines’, wherein he found peace in the visits of Punjab’s mental asylums. The recipient of RK Narayan award, Gayathri Prabhu put across the answer highlighting her journey that led to ‘Memoir If I Had To Tell It Again’ which was not only the outcome of the unfinished conversation with her father who passed away but also a zeal to share her story.

As a professor at Manipal Institute, Karnataka, she was inspired to provide resources for the student community who shared their stories about mental illness. She shed light on the importance of her journey of 3 years as a writer, teacher, counselor, and advocate.

Himanjali Sankar, a Young Adult genre author, shared her fascination as a reader of books involving marginalized characters. She commented that her works were blurred lines between reality and fiction. Himanjali said that her teen novel ‘The Lies We Tell’ was more research-based than her personal story, as it is about a 17-year-old boy suffering from depression. Another novel ‘Mrs. C remembers’ was closely tied to her life involving a fictionalized character based on her mother suffering from Alzheimer’s.

Psychiatrist Dr. Shyam Bhat’s take on mental illness was that it is difficult to describe, as it has been used as a tool for oppression throughout the history of psychiatry. Most geniuses like Galileo were labeled insane. Although we are getting better at defining mental illness, we tend to define a person’s condition in terms of words. He felt that the narrative plays an important role, reducing a person to their diagnosis makes them lose their individuality.

As a writer, Shyam emphasized fiction having an upper hand with the power of describing mental illness and the nature of the sufferer’s emotions.

Bangalore based novelist Roshan Ali said the idea behind his debut novel ‘Ib’s Endless Search for Satisfaction’ was solely just writing a book, suffering from depression and anxiety impacted the storyline of the book. Jerry Pinto shared his experience editing and translating ‘A Book Of Light’ which made him understand the true sense of a writer and people with mental disorders.

Columnist and Chairperson of the Board of trustees at TLLLF, Anna Chandy highlighted that she would call a person approaching her for therapy as a client rather than a patient, the reason being empathizing with their narrative.

The session was informative, insightful, and also humourous. An audience member asked a question as to why genius is often confused as insanity. Jerry and Shyam had different perspectives. The former felt that when insanity can make money then it’s genius, with an example Merda d’artista faeces of an artist sold for 87,000 euros. Moderator Amandeep concluded the session appreciating the efforts of the six speakers who found themselves suffering or their closed ones fighting mental illness and shared their narratives to the world.