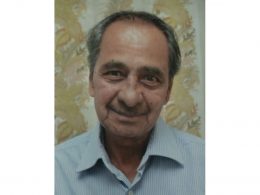 Dr. C. N. Ramachandran, M. A., LL.B. & Ph.D. has taught English language and literature in various universities in India and abroad. He retired as ‘Professor Emeritus’ from Mangalore University and, at present, lives in Bengaluru.

Primarily a critic-translator, he has published in both English (14 works) and Kannada (26 works). His works in English include: a study of British drama (Shifting Perspectives), a collection of critical articles (For Reasons of Their Own), and monographs on Shivarama Karanth, Girish Karnad and Chandrashekhara Kambara. Some of his works in Kannada include Post-colonial discourse (Vasahatottara Chintane), a study of 25 oral epics (Hosa Madiya Mele Chaduranga), on Translation (Bhashantara: Saiddhanthika Mattu Anvayika Nelegalu), culture criticism (Akhyana-Vyakhyana), and autobiography (Neralugala Bennuhatti).

He has translated twelve works from Kannada to English, including Moily’s novel Tembare (The Edge of Time) and B.V. Karanth’s autobiography (I cannot Stay Here, I cannot Go There). In collaboration with Prof. Viveka Rai, he has translated into English Classical Kannada Poetry and Prose: A Reader (2015), and Medieval Kannada Literature: A Reader (2022); he has edited and translated into English writings on Mahatma Gandhi in Kannada (Bhavan’s Gandhi in Indian Languages Series, 2022).