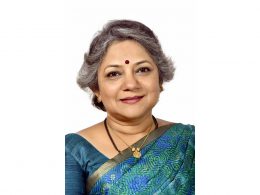 Hema Ravichandar is a Strategic HR Advisor with over 37 years of industry experience. She currently advises several Indian and multinational corporations and is on the Board of several companies, including those that featured in Amrop-ET Best Boards of India and the ET – Hay Group survey of India’s Best Boards.

Hema, until 2005, was the Senior Vice-President and Global Head of Human Resources for Infosys Limited. In this capacity she designed and drove the HR agenda for Infosys globally, as it scaled up from 250 employees to 40,000 employees. Under her HR Leadership, Infosys won several “Best Employer of the Year” awards in India and was placed in Top 100 rankings, overseas.

Hema has deep expertise in Human Resources Development – Managing Scale, Risk, Diversity, Execution and Sustainability, Corporate Governance, Change Management, Succession Planning, Diversity and Inclusion, Anti-Sexual Harassment initiatives and
Immigration scenarios. She has over 20 years of experience in executive coaching, mentoring and leadership development and has worked extensively with both business and functional leaders, CEOs and Board Members in transforming their leadership styles for maximum impact and lasting change.

As an HR Thought Leader, Hema regularly opines on several aspects in her longstanding (since 2010) column, ‘HR Matters’, in the Mint, a business newspaper from HT Media Ltd. in collaboration with The Wall Street Journal.

Hema is an alumnus of the Indian Institute of Management, Ahmedabad and has been a participant at The Wharton School’s Executive Development Program.