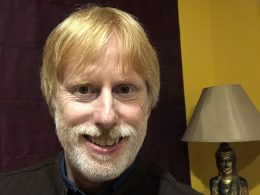 Jonathan Gil Harris is descended from a long line of migrants on both sides of his family. Born in New Zealand, educated in England, and resident in the US for 23 years, he moved to India in 2011. A scholar, teacher, and director of Shakespeare, Harris is also the author of numerous books on early modern culture and globalization. He is best known in India as the author of the best-selling The First Firangis; he is also the author, most recently, of Masala Shakespeare: How A Firangi Writer Became Indian. He currently lives in Delhi, where he is Professor of English
University.