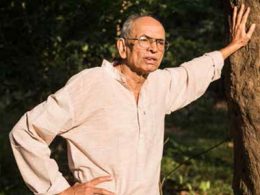 Madhav Gadgil was born and brought up on the outskirts of the Western Ghats in the city of Pune. At a young age he fell in love with the rocks and cliffs, plants and animals and people on these hills. He got to know the famous birdman of India Salim Ali while still a schoolboy and decided to follow in his footsteps and become a field biologist. He acquired a PhD from Harvard University with a thesis in mathematical ecology and worked much of his life at Indian Institute of Science in Bengaluru, focusing on the ecology of Western Ghats. He is deeply committed to the democratic process and began working with Gram Panchayats and Zilla Parishads when democratic devolution was launched in Karnataka and Kerala in 1980s. This experience shaped the 2011 report of the Western Ghats Ecology Expert Panel that he chaired. None of the Panel’s recommendations could be faulted on grounds of facts, logic, or violation of our constitutional framework; so the powers that be set it aside while launching a campaign of disinformation. Subsequent events have abundantly testified to the Panel’s wisdom.