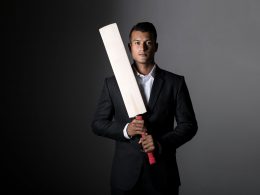 Mayank Agarwal is the most recent addition to an illustrious list of Test cricketers from Karnataka.

Consistent performances for India A culminated in an India debut mid-way through the 2018-19 Border Gavaskar Series in Australia. With the Series evenly poised at 1-1, Mayank scored a composed 76 in front of a 70,000 plus Boxing Day audience at the Melbourne Cricket Ground, the highest Test Score by an Indian on debut in Australia. He recently completed his first home series of Test Cricket, with a double century and a century against South Africa.

He is a practitioner of vipasanna meditation, and his current reading list includes "The Power of Your Subconscious Mind" by Joseph Murphy and "Good Vibes Good Life" by Vex King.