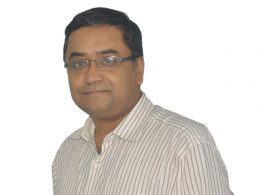 Nilanjan P. Choudhury’s most recent novel is “Shillong Times”, a coming-of-age story set against the insider-outsider conflict in Shillong in the 1980s. It has been widely recognized as an important contribution to the literature of the North-East. His debut novel, a mythological thriller entitled “Bali and the Ocean of Milk”, was a brief best-seller. His subsequent writings include “The Case of the Secretive Sister” a contemporary detective caper set in Bangalore and “The Square Root of a Sonnet”, a pioneering play on the history and science of black holes, both of which received wide critical acclaim. Nilanjan confesses to having studied at IIM Ahmedabad and IIT Kanpur and hopes that this will not be held against him. He grew up in Shillong and now lives in Bangalore with his family.