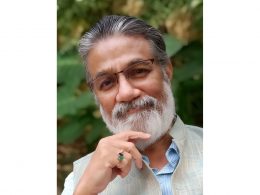 The Stranger in the Mirror

Passionate about films & related media as an audio-visual language and the storytelling that is evolving with it, Niranjan entered Film Academics in 2015 and worked as educator and administrator at an emerging film school in Pune. In his capacity as Head of Operations – Administration & Academics at MIT School of Film & Television, a constituent of MIT Art, Design & Technology University, he steered and helped establish the emerging film school within a freshly established private university. He has also been conducting workshops as Visiting Faculty at ‘Whistling Woods International’ a film school in Mumbai. Niranjan enjoys sharing his experiences and understanding of Films, Television, OTT & related media with his students and has been doing it since 2008. Niranjan is now happy to be at L V Prasad Film & Television Academy, Bengaluru as Dean – Academics and looks forward to making it one of the best Film & TV Schools.