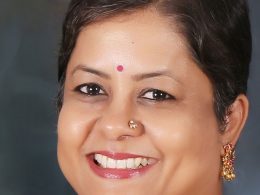 Preethi Nagaraj is a writer, political analyst and a columnist. Her long standing stint spans across the fields of media, theatre and literature.
She has been associated with The New Indian Express, Deccan Herald, CNBC TV 18 and Hindustan Times. A bilingual writer with proficiency in both English and Kannada, she is a columnist with one of the oldest Kannada dailies – Prajavani. An avid theatre person, Preethi has been associated with Kannada theatre since her early days. She has authored two books in Kannada. Her narration of theatre person B Jayashree’s biography won her Karnataka Saahitya Academy book prize for 2016. Her other book ‘Mirchi Mandakki’ is a collection of humourous columns she wrote for Prajavani on the stories of young women across different stages of life.
She is also a recipient of the Sarojini Naidu Prize – 2010, conferred on her in New York for her reportage on role of women in Panchayat Raj.