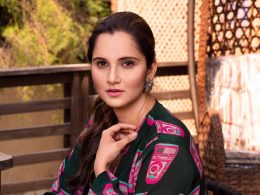 A powerful striker of the ball, her signature shot was her fiery forehand, it took her to No.27 in the singles ranking.

She has won 14 medals – from Asian Games, Afro-Asian Games and Commonwealth Games, six of them Gold medals. She’s a four-time Olympian, the most for an Indian woman across disciplines.

A difficult pregnancy and motherhood hasn’t stopped Sania’s return to winning ways, she has won two titles after the birth of her son Izhaan. An advocate of letting nothing and no one stop you, Ace Against Odds, is Sania’s story, her autobiography.