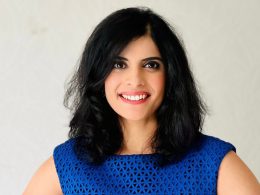 Shalini is an investor, author and a curious cat. Her curiosity around social identity and human well-being led her to author her first book, Clueless At 30, which was released in December 2021.

She has several interests ranging from art to badminton to writing. She is always experimenting with things. Some have worked. Some have not. But it has not stopped her from exploring new possibilities.

Previously, she was a Venture Partner at 500startups and headed investments in India. As an active member in the startup ecosystem, she is in the investment committee for AngelHub in HongKong, an Advisor to AngelList India and WeWork India (startup labs). She has also been associated with several initiatives like Xprize’s Safety Prize as a panel member, Mentor at Facebook’s SheLeadsTech and was the Global Ambassador of Women’s Entrepreneurship Day (UN supported initiative). She was a part of the “40 Under 40” India Alternate Investment Professionals list in 2018. For her leadership around venture capital and startups, she was recognized as Linkedin TopVoice 2017, and was awarded the prestigious fellowship at the Royal Society of Arts, Manufactures and Commerce (RSA), London.

She holds a Master of Science (MS) from London School of Economics (LSE), MBA from Liverpool Business School and an Engineering Graduate from RVCE Bangalore.