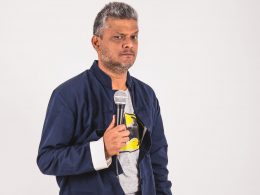 Suman Kumar–a former IT pro–is a screen writer, novelist, and a stand-up comic. He was born in Madras, went to school in Chittoor, worked in a string of really boring jobs before he took the plunge as a full-time writer. He lives in Bangalore now.