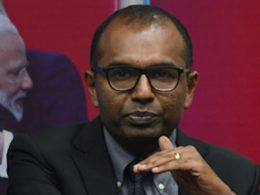 Varghese K George is Deputy Resident Editor of The Hindu, in New Delhi. Open Embrace: India-US ties in the age of Modi and Trump is an exploration of how domestic politics are reshaping the strategic priorities of the world’s oldest and the biggest democracies and their relations. He is winner of the RNG Journalist of Year and the Prem Bhatia Award for Excellence in Political Journalism. He covered the 2016 U.S presidential election. He has written extensively on the domestic politics and foreign policy of both India and the US. Varghese is an MA in Modern Indian History and M Phil in International Relations. Varghese was earlier chief of bureau of the Hindustan Times and a senior editor at the Indian Express.