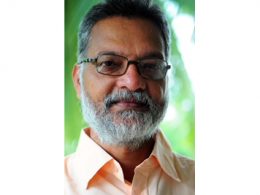 Thomas, A.J. An Indian English poet, author, translator, and editor. He translates poetry, fiction, drama, and non-fiction prose from Malayalam to English, with more than 20 titles to his credit. He has M.Phil., and Ph.D. degrees in English Literature (Translation Studies) from the School of Letters, Mahatma Gandhi University, Kottayam. He has been in the editorial team of Indian Literature, India’s national literary journal, for more than 23 years as its Assistant Editor, Editor and as Guest Editor. He taught English in Benghazi University, Ajdabiya Branch, Libya from 2008 to 2014. He was also a Senior Consultant at Indira Gandhi National Open University, New Delhi. His noted contributions include Germination (Poetry, 1989), Aagaami Pal Ka Nirman (his poetry in Hindi translation-2010), and his poetry published in about ten international and national level anthologies.

His important literary translation contributions include, Bhaskara Pattelar and Other Stories, (Manas, 1993), Reflections of a Hen in Her Last Hour and Other Stories (Penguin India), both Paul Zacharia's story- collections in translation, Keshavan’s Lamentations (Keshavante Vilaapangal, renowned novelist M. Mukundan’s premier work), the Jnanpith awarded poet ONV Kurup’s verse-novel Ujjayini, (Rupa) The End of the Day, a long poem, and a poetry collection of ONV he translated and edited, This Ancient Lyre (Sahitya Akademi), Like a Psalm (translation of Perumpadavam Sreedharan’s acclaimed novel Oru Sankeertanam Pole) and many others.

He co-edited with Nirmal Kanti Bhattacharjee, Best of Indian Literature (1500 pages in two books and four volumes, Sahitya Akademi). He has several anthology appearances in national and international publications. He is the recipient of the Katha Award, the AKMG Prize (which enabled him to tour the USA, UK, and Europe for 4 months in 1997. In the USA, he was invited to participate in the International Writing Program at Writers’ Centre, Bethesda, Maryland, and to take part in the Annual Conference of the American Writers’ Federation) and the Vodafone Crossword Award (2007), for Keshavan’s Lamentations. He is a Senior Fellow, Department of Culture, Government of India and has been an Honorary Fellow, Department of Culture, Government of South Korea. 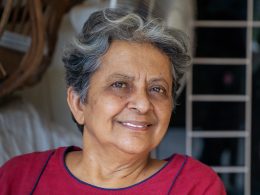 Gita Ramaswamy has worked extensively with Dalits on bonded labour, agricultural wage labour, and land entitlements, but is better known for her 42-year work in Telugu publishing with the Hyderabad Book Trust. She also writes and translates extensively. Among her works are:
1. The Child and The Law, Unicef, 1996
2. Women and The Law, Unicef, 1997
3. Co-author of The Lambadas: A Community Besieged, Unicef, 2002
4. Co-author of Taking Charge of Our Bodies: A Health Handbook for Women, Penguin, 2004
5. India Stinking: Manual Scavengers in Andhra Pradesh and Their Work, Navayana, 2005 (Maaku voddu ee chandalam in Telugu with Vimala)
6. Co-author of On Their Own: A socio-legal investigation of inter-country adoption in India, Otherwise Press, 2007
7. Co-author of The Oxford Anthology of Telugu Dalit Writing, OUP, 2016
8. Translated Life in Anantharam, Banyan Tree Books, 2016 (ooru, vaada, batuku: Devulapalli Krishnamurthy)
9. Authored Jeena Hai To Marna Seekho: The Life and Times of George Reddy, Hyderabad Book Trust, 2016
10. Edited Here I Am and other stories, Ratna Books, 2018 (stories of P.Sathyavathi)
11. Edited Prison Notes of a Woman Activist, Ratna books, 2021 (stories by B. Anuradha)
12. Co-translated Kakka, Hawakkal, 2021 (novel by Vemula Yellaiah) 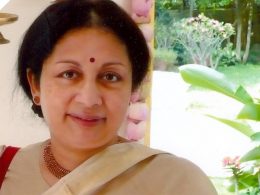 Mini Krishnan edited literary translations for Macmillan India Ltd and Oxford University Press sourcing works from 14 Indian languages.
In all she has published 104 translations of fiction, autobiographies and plays some of which have won national awards. She has published more than two hundred Dalit writers (all genres) in translation in anthologies and standalone volumes of fiction and life writings as well as textbooks for Translation Education.
She served on the National Translation Mission and was the Founding Editor of the British Council’s South Asia Women Writers’ website.
She co-ordinates a project of translations for the Tamil Nadu Textbook & Educational Services Corporation, and is the Series Editor of Living in Harmony (A Peace Education series for schools, OUP India). 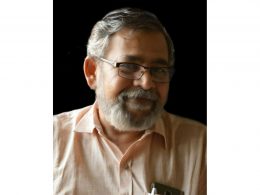 VS Sreedhara, MA, PhD, was formerly professor of English at Vijaya College, Bangalore University. He later served as Deputy Director of the Centre for the Study of Social Inclusion and Exclusive Policy at the National Law School of India University, Bangalore.

He is currently Adjunct Professor in the Department of English, Bangalore City University. He is also a literary critic, reviewer, translator and human rights activist. At present, he is the Coordinator of the Tamil Kannada Translation Series for the Tamil Nadu Text Book and Educational Services Corporation, Tamil Nadu Government.