Bestsellers – Wake Up, Life is Calling 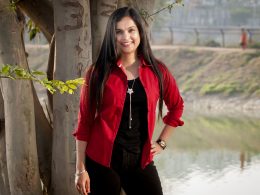 Preeti Shenoy, among the top five highest selling authors in India, is also on the Forbes longlist of the most influential celebrities in India.

She has been awarded the ‘Indian of the Year’ award for 2017 by Brands Academy for her contribution to Literature. She has received the Academia award for Business Excellence by the New Delhi Institute of Management. She has given talks in many premier educational institutions such as IITs and IIMs and corporate organisations like KPMG, ISRO, Infosys and Accenture and many others. She is also an artist specialising in portraiture and illustrated journalling.

Her short stories and poetry have been published in various magazines such as Conde Nast and Verve. She has been featured on BBC World, Cosmopolitan,The Hindu, Verve, Times of India and all other major media.

She has a very popular blog and also wrote a weekly column in The Financial Chronicle for many years. Her other interests are travel, photography and yoga. Her books include Wake Up Life is Calling, Life is What You Make it, The Rule Breakers, A Hundred Little Flames, It’s All In The Planets, Why We Love The Way We Do, The Secret Wish List, The One You Cannot Have and many others. Her work has been translated to many languages. 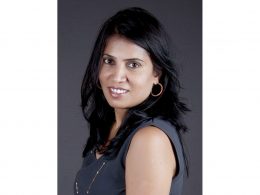 Vani Mahesh has a deep-rooted interest in Indian mythology and history.  She has worked with Amar Chitra Katha as a script-writer for many years. Her books from ACK include Tales of Creation: Stories from Brahma Purana, Saptarshi: The Seven Supreme Sages. She is the co-author for the novel A Kingdom for His Love. Her recent work, The Glory of Shiva Purana, was published by Sri Ramakrishna Math.

Though a software engineer by profession, books are Vani's passion. After working at IBM, California, for three years, she moved back to India to start her own online lending library EasyLib which she successfully ran for thirteen years.

Bestsellers – Wake Up, Life is Calling →