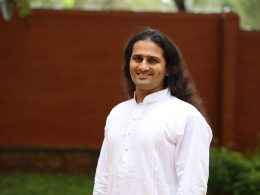 Dinesh Ghokde is a B.Tech graduate from IIT Bombay. As a software professional, he worked with Infosys for 2 years. Thereafter he has been a full-time faculty with the Art of Living foundation. For the past 25 years, he has taught stress-free successful living through the secrets of the mind and meditation in more than 30 countries.

He is the co-author of two popular books – ‘Ready, Study Go’ and ‘Happiness Express’. He is a celebrated speaker and has spoken at many TEDx events, World Bank’s World Ethics Forum, UN conventions, corporate conferences and top universities around the world. As secretary to Gurudev Sri Sri Ravi Shankar, he was part of the core team who organised the World Culture Festival featuring 3.75 million people and 36400 artists, musicians and dancers from 142 countries in March 2016, New Delhi.

He is a sportsman, fitness enthusiast and thoroughly enjoys his daily workouts and yoga. He has a unique and often humourous take on current affairs which he prolifically expresses through his social media presence. As a healer, he practises Cranio Sacral Therapy (CST) and Marma Chikitsa. He is awarded with the ‘Adarsh Yuva Puraskar’ by Shri Mohan Bhagwat ji at MIT Pune, and as one of the ’12 Remarkables’ from the spiritual field by GVK.

He is living his lifelong dream of contributing to his country and people around him. Between his incessant travels, he resides in a beautiful home surrounded by nature in the Art of Living Bangalore Ashram with his friends who are his family. 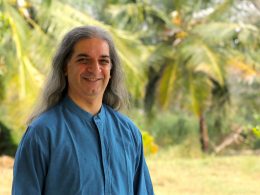 Khurshed Batliwala holds an M.Sc. in Mathematics from the prestigious IIT Bombay. He chose the unconventional path of being an Art of Living teacher and has been with the foundation for more than 25 years.

He has created and facilitated various self-development courses in more than 30 countries around the world to tens of thousands of people. He is a prolific speaker and has been invited to speak at various national and international forums.

He has been invited to speak at various TEDx forums and over the years has delivered 10+ TEDx talks all over India, on topics like handling stress, leadership, environment, ancient India and learning.

Khurshed addresses private gatherings of industrialists, promotors, Chairmen and CEOs in Mumbai and Delhi, on a regular basis – on a variety of topics such as mind, meditation, sleep, healing, happiness, and others.

Inspired by Sri Sri Ravi Shankarji and drawing on his own vast knowledge and experience, his talks and workshops are a smooth blend of science, technology and ancient Indian wisdom.

He and his colleague Dinesh Ghodke have co-authored two books – the first Ready, Study, Go! – Smart ways to Learn, published by Harper Collins, India and the second Happiness Express, published by Amazon-Westland. Both have been very well received, selling more than 60,000 copies together.

He is known for his warmth, wit and wisdom.