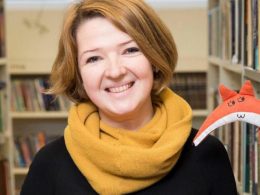 Aušra Kiudulaitė was born in 1978 in Vilnius, Lithuania. She has a master degree from Vilnius Academy of Arts (VAA) and is now working as a freelance illustrator and hold creative workshops for children. Aušra Kiudulaitė is actively participating in international exhibitions, festivals and book fairs. In 2015 Aušra Kiudulaitė was selected by Lithuanian Culture Institute to attend Bologna Children’s Book Fair and also finished second in the Women’s Illustration Competition „Womaninovation“ in Italy. In 2016 the first picture book by Aušra Kiudulaitė “Happiness is a Fox” was published (“Tikra knyga”, written by Evelina Daciūtė), which became a national phenomenon and also gained international attention, when it was published by Thames & Hudson in United Kingdom. “Happiness is a Fox” received The Best Book of the Year Award‘2017 in Lithuania, The Most Beautiful Book of the Year Award by Lithuanian Section of IBBY in 2016, Tallinn Illustrations Triennial „Power of pictures“ and Nami Concours diplomas in 2017 and Vilnius 2016 Book Art Competition diploma. The book was also included in the IBBY Honour List 2018 and international “White Ravens” catalogue in 2017. In 2017 Aušra Kiudulaitė has been selected for Bologna Children’s Book Fair Illustrators’ Exhibition. 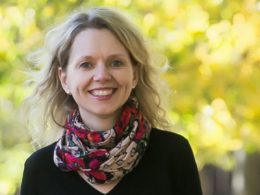