Holding a Mirror to Society 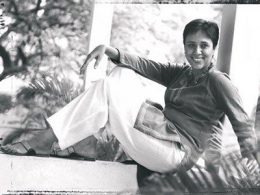 Barkha Dutt is an award-winning TV journalist and anchor with more than two decades of reporting experience. She is the author of “This Unquiet Land: Stories from India’s Fault Lines.” Dutt is based in New Delhi. 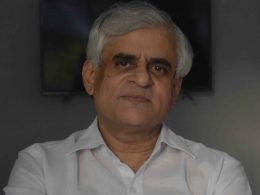 P. Sainath is the Founder Editor of the People’s Archive of Rural India. The archive is an outcome of his three decades-plus in journalism – including a quarter century of reporting from rural India. PARI aims to address the complete failure of the corporate media to cover two-thirds of the country’s population. Our aim is to report and record what is easily the most complex part of the planet.

Sainath, former Rural Affairs Editor of The Hindu, writer and journalism teacher, is the 2007 winner of the Ramon Magsaysay Award, Asia’s most prestigious prize. He has also won the World Media Summit Global Award for Excellence 2014, in Public Welfare reporting. He was the first reporter in the world to win Amnesty International’s Global Award for Human Rights Journalism in its inaugural year in 2000. Sainath has taught at journalism schools in India and abroad, mentoring students as well as training media professionals.

His book Everybody Loves a Good Drought (Penguin India, 1996), now in its 43rd print, was declared a Penguin Classic in January 2013. The book is being used in over a hundred universities in India and abroad. His photo archive of black and white images from rural India is being digitised. One part of that titled ‘Visible Work, Invisible Women’ is now on PARI as a fully curated online exhibition. For more on Sainath see www.psainath.org. 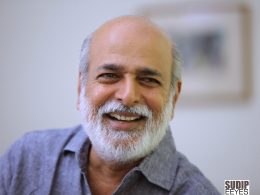 Sashi Kumar is a print and broadcast journalist, filmmaker and media entrepreneur.

He founded andchairs the Media Development Foundation which administers the Asian College of Journalism.

He was among the earliest Newscasters in English on national television, Doordarshan, Middle East Correspondent of The Hindu and news anchor on Radio Bahrain in the 1980s.

He has anchored and produced numerous studio shows, documentaries and news features for national television in India.

In 1992 he founded and launched Asianet, India’s first satellite TV channel in a regional language (Malayalam), and the country’s first statewide cable TV network in Kerala.

In 2004 he scripted and directed ‘Kaya Taran’ an award winning Hindi feature film based on the 1984 anti- Sikh riots and the 2002 Gujarat riots. He has acted in a few Malayalam feature films.

His latest media venture, Asiaville Interactive launched in 2019 is a startup to “reimagine journalism” for the millennial generation and includes multimedia digital portals in Indian languages including Hindi, Tamil and Malayalam.

He is a regular commentator on topical issues, particularly relating to the media, and contributed a regular column titled ‘Unmediated’ in Frontline, which is also the title of the book comprising his essays and articles published by Tulika Books in 2013.

He has been conferred many awards for his work in the media. 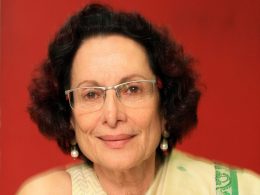 Bachi Karkaria is among India’s senior most journalists and was the first Indian board member of the World Editors Forum. Her specialisations are urbanisation, gender and public health. She conceptualised the now highly regarded Times of India Litfest, Mumbai in 2011, and has continued to be its director. In the past seven years it has become a top-draw, and top-draw hub of ideas from all fields. Its participants have ranged from Thomas Piketty and Arianna Huffington to the reclusive Rohinton Mistry. It has hosted the best names from India and abroad in literature of course, but also economics, science, films, the arts, music, media and even food. She writes two widely followed columns: the satirical `Erratica’ in the Times of India, and Giving Gyan, playing Agony Aunt; in the Mumbai Mirror. She appears regularly on television news channels and is a media trainer in India and abroad. Ms Karkaria’s books include the critically acclaimed In Hot Blood: The Nanavati Case That Shook India ( 2017), Dare to Dream, a best-selling biography of MS Oberoi; Mills, Molls And Moolah, Behind The Times, Mumbai Masti, and The Cake That Walked.