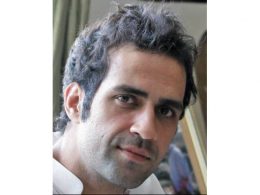 Aatish Taseer, is a British-born writer-journalist, and the son of Indian journalist Tavleen Singh and late Pakistani politician and businessman Salmaan Taseer. Taseer has written a highly acclaimed translation of Saadat Hasan Manto’s short stories from the original Urdu, Manto: Selected Stories. His first book Stranger to History : A Son’s Journey Through Islamic Lands (2009), part memoir-part travelogue, has been translated into more than 14 languages and hailed as a ‘must-read’ for anyone attempting to understand the Muslim world. The book caught the attention of Nobel Laureate Sir V. S. Naipaul, who labelled Taseer ‘a young writer to watch’. His first novel, The Temple-Goers (2010) was also very well received; it was shortlisted for the 2010 Costa First Novel Award. His most recent novel is “The Way Things Were”. He is a contributing opinion writer for The International New York Times. 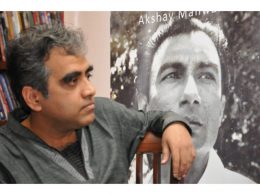 Shantanu Ray Chaudhuri is a books editor, publisher, writer and critic. In 2017, he was named Editor of the Year by the apex publishing body, Publishing Next. He contributes regularly to a number of publications. He is also a published author, with two books to his credit: Whims – A Book of Poems (published by Writers Workshop) and Icons from Bollywood (published by Penguin/Puffin).