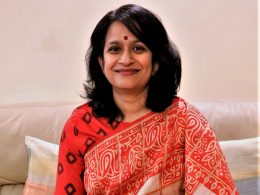 In a previous life, Aruna Nambiar was a student of engineering and management and worked in an international bank. Now a writer and editor based in Bangalore, she writes tongue-in-cheek, slice-of-life novels brimming with humour and nostalgia. Her latest novel, The Monsters Still Lurk, is a funny, moving saga about family and ageing that unfolds against the backdrop of a fast-changing post-liberalisation India. Her debut novel, Mango Cheeks, Metal Teeth, is part coming-of-age story, part social satire and part comedy of errors set in small-town Kerala of the 1980s. She is working on her third novel. 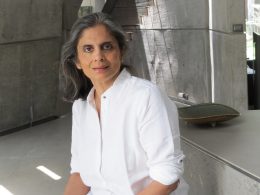 Usha Ananda Krishna graduated from the School of Planning and Architecture, New Delhi nd worked as an architect in Bangalore and Kolkata. In 1980 she began writing advertising copy, interspersing the two careers for many years. Her first novel A Turbulent Passage was published in 1995, followed in 2009 by Fallout, a family drama. The Escapists of J Mullick Road,, set in Kolkata and featuring an architect and a Bengali babu as protagonists was published in 2018. She is working on her fourth novel. Her interests are architecture, reading and modern art. 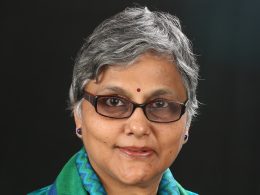 Usha K R is the author of the novels Boys from Good Families (2019), Monkey-man (2010), A Girl and a River (2007), The Chosen (2003), and Sojourn (1998). Her novels have been critically acclaimed and listed for several awards including the Commonwealth Writers’ Prize, the Man Asia, and the DSC Prize for South Asian Literature. A Girl and a River won the Vodafone Crossword Award, 2007. Monkey-man was shortlisted for the DSC Prize for South Asian Literature, 2012.
Usha K R attended the International Writing Program at the University of Iowa in 2011. She lives in Bangalore.
http://ushakr.wordpress.com 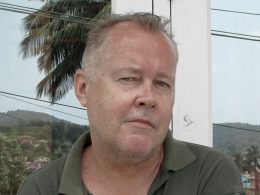 Zac O’Yeah is a Swedish detective novelist and author of the Majestic Trilogy, which is set in his Indian hometown Bengaluru. He has published 18 books including several fiction and nonfiction bestsellers. His Gandhi biography Mahatma! was ranked as the best nonfiction book in Sweden in 2008. His travel writings have appeared in magazines such as National Geographic Traveller, Outlook Traveller, RES and Vagabond, and also been included in a huge number of anthologies. All in all, he has written for nearly 100 different publications and he is currently a columnist with the BusinessLine newspaper. His writings have been translated into German, French, Norwegian, Danish, Finnish, Russian, Chinese, Italian, Kannada, Marathi, Tamil, Hindi, Gujarati, Assamese and other languages. He is a founder-director of Bangalore’s World-Famous Semi-Deluxe Writing Programme, the first semi-professional writing school in India. His most recent books include the novel Tropical Detective and the travelogue A Walk Through Barygaza and the children’s book The Mystery of the Cyber Friend. In 2020, his travel story “Looking for Malgudi” was featured in the anthology The Best Asian Travel Writing. He also composes music with the pop group The Ändå whose latest hit “You!” was released in 2020. Read more on www.zacoyeah.com