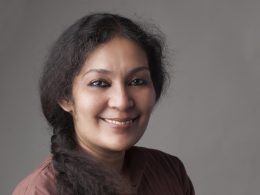 Author, Journalist and Commentator, Saba Naqvi has written three books. In Good Faith, published in 2012, chronicles a two year long journey across India in search of syncretistic traditions and pluralist communities. It is the book closest to her heart. Capital Conquest, 2015, is about the emergence of AAP, the so called citizen’s party that now rules Delhi. Her third book, Shades of Saffron: from Vajpayee to Modi, released in June 2018, chronicles the journey of the BJP that Saba covered for two decades. It’s a first hand account with the author as the primary source of news and information and has profiles of all the leading figures in the BJP’s ascent to power.
Saba is a known election analyst, political commentator and columnist in leading newspapers and TV platforms. 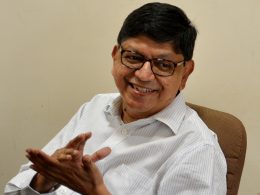 Prof Narendar Pani heads the Inequality and Human Development Programme at the National Institute of Advanced Studies, Bengaluru. An economist by training, he has worked in both academic and media institutions, including Indian Institute of Management, Bangalore, and The Economic Times. He has, over the last four decades, written extensively on a variety of subjects. His academic books include ‘Inclusive Economics: Gandhian Method and Contemporary Policy’. He is also the author of an explainer on the WTO, over 50 academic articles, two novels, a monograph on theatre and several hundred articles in the editorial pages of newspapers.