Tales from Another Goa 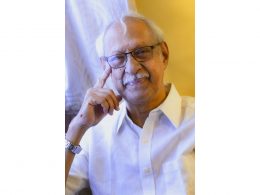 Damodar Mauzo recently received the Gnanpith Award for 2022, the highest literary award of India. Born in a coastal village, Majorda in South Goa, Mauzo is a short story writer and novelist writing in Konkani. He is also a columnist, critic and script writer. He has so far over 25 books to his credit besides his edited and translated works. Ink of Dissent is a collection of his essays and lectures, originally written in English. Among his many awards are the Sahitya Akademi Award 1983, Katha Award, World Konkani Centre’s V. V. Pai Sahitya Puraskar, Janaganga Puraskar and several national and state level literary awards. His short story collection Teresa’s Man and Other Stories was nominated for the prestigious Frank O’Connor International Short Story Award in 2015.

The most widely translated author of Konkani, his stories have been published in English, Portuguese and French besides most Indian languages. His Sahitya Akademi award-winning novel, Karmelin, has been translated into fourteen languages. Five translations of Karmelin, including the Marathi translation by late Naresh Kavdi, have won the Best Translation Award. These Are My Children, a collection of stories in English translation published by Katha, was first released at the Paris Book Fair. Rumadful is a collection of long stories which is translated into Marathi as Shantateche Ghan and into English as Mirage, published by Under the Peepal Tree. His novel for young adults, Tsunami Simon, has been published in translation into English by Ponytale Books, New Delhi. Teresa’s Man and Other Stories published by Rupa Publications was launched at the Frankfurt Book Fair in 2014. Penguin India has recently published his collection of stories, The Wait and Other Stories, that went into second print within two months of its launch. His recent novel, Jeev Divum Kai Chya Marum (Should I Kill Myself or Have a Cup of Tea) has been published in translation into Kannada while the English version is set to be published in 2023. The Marathi translation Jeev Dyava Ki Chaha Ghyava has been published by Majestic Prakashan in October 2022. Kuvempu Bhasha Bharati Pradhikara published a Reader, Damodar Mauzo Vachike in 2017.

Damodar Mauzo has written scripts for many feature and short films and has received several awards at the state film festivals, including the Best Screenplay Award (2005) and twice the Best Dialogues Award (2003 & 2010) at the Goa State Film Festival. He is a co-founder and co-curator of the Goa Arts & Literature Festival. 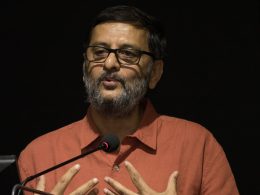 Vivek Shanbhag writes in Kannada. He has published five short story collections, five novels and three plays. Vivek was the founding editor of the literary journal Desha Kaala. His critically-acclaimed novel Ghachar Ghochar is translated into 19 languages worldwide. Vivek is the co-translator of U R Ananthamurthy’s book Hindutva or Hind Swaraj into English. Vivek was an Honorary Fellow at the International Writing Program 2016, University of Iowa. He is a Visiting Professor at Ashoka University Delhi, teaching Creative Writing. An engineer by training, Vivek lives in Bangalore.