The Radiance of a Thousand Suns 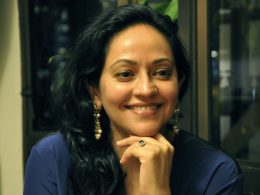 Manreet Sodhi Someshwar is an award-winning and bestselling writer of five books. Khushwant Singh hailed her “a star on the literary horizon.” Manreet and her work have featured at literary festivals in Singapore, Shanghai, Hong Kong, India, NYC. Her articles have appeared in The New York Times, the South China Morning Post and several Indian publications. The Radiance of a Thousand Suns, her latest novel won advance praise from Gulzar who has called it “a manuscript of history, live and happening.” In the press, Radiance is getting glowing reviews with The Hindu calling it “an epic,” Mint Lounge “a powerful novel,” and the Hindustan Times citing it “an act of rebellion against the nature of memory and the sanitisation of the history of independent India.” 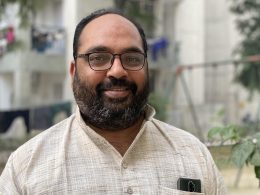 Amandeep Sandhu was born in Rourkela, Odisha, and studied at the University of Hyderabad. He works in the IT industry as a technical writer and lives in Bengaluru.

Aman is the author of two novels: ‘Sepia Leaves’ (2008, Rupa) is about a family living under the shadow of schizophrenia from a young boy’s point of view during the Emergency. ‘Roll of Honour’ (2012, Rupa) is about the split loyalties of a Sikh boy in a military boarding school in Panjab during the Khalistan movement, based on the events of the year 1984. The novel was nominated for The Hindu Prize 2013 and translated into Panjabi as ‘Gwah De Fanah Hon Ton Pehlan’.

In late 2019, Aman published his non-fiction ‘Panjab: Journeys Through Fault Lines’ (Westland/Amazon, 2019) which is part-reportage, part-memoir, part-contextual history. The book is longlisted for the NIF-Kamaladevi Chattopadhyay Award 2020 and short-listed for the Atta Galatta-BLF Non Fiction Prize 2020. His recent short e-Book on India’s mental health in the times of corona virus outbreak is: ‘Bravado to Fear to Abandonment: Mental Health and COVID-19 Lockdown’ available on Amazon.

Aman’s essays and short stories have appeared in various anthologies, magazines and websites. He also writes for Caravan, Scroll, The Hindu, The Hindu Businessline and others. Amandeep was a Fellow Akademie Schloss Solitude, Stuttgart 2013-15. For some time he has been working on a novel ‘The Memory Maker’ and now a cat has adopted him.