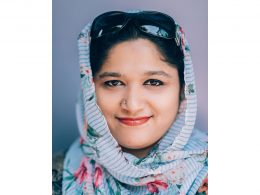 Andaleeb Wajid is the author of 26 published novels and she writes across different genres such as romance, YA and horror. Her horror novel It Waits was shortlisted at Mami Word to Screen 2017 and her novel House of Screams has been optioned for screen by a reputed production house. Andaleeb’s novel When She Went Away was shortlisted for The Hindu Young World Prize in 2017 and she has two new upcoming novels with Penguin and Penguin-Duckbill in 2021. Andaleeb is a hybrid author who has self-published 9 novels in 2019 and 2020. 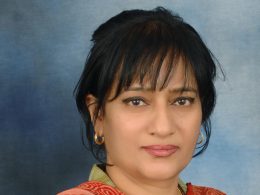 Krishna K Manavalli is currently Professor in the department of English at the University of Mysore, Mysore. Krishna is a literary critic and translator who works in both English and Kannada languages. In her long and brilliant academic career in the US and India, Krishna has worked on multiple areas such as contemporary British literature, South Asian writing, postcolonial studies, feminism, cultural studies, and translations. She also taught for many years in the US. Krishna has published internationally in important literary and cultural studies journals such as Comparative Critical Studies (UK), Journal of Contemporary Thought (US & India), Studies in South Asian Film and Media (US), Proud Flesh, African Journal of Culture, and others. She presented at several major seminars and conferences across the world including the American Comparative Literature Association & Harvard University, Carnegie Foundation for Advancement of Teaching (Texas A & M), and Rocky Mountain MLA (Calgary, Canada).
She has given talks at prestigious literary festivals in India like the Times Litfest, Bangalore Literary Festival, Bangalore Poetry Festival and Mysore Literary Festival and the Sahitya Akademi Festival of Letters. In addition, Krishna does freelance writing, mainly literary reviews and interviews, for the Times of India, The Hindu, and the Indian Express. Apart from being a member of the English Advisory Board of the Central Sahitya Akademi (New Delhi), Krishna is on many academic and University administrative boards in the state. Krishna’s recent publications include the translation of the renowned Kannada writer and Jnanapith award-winner Chandrashekhar Kambar’s novels Karimayi (Seagull 2017) and Shivana Dangura (Speaking Tiger 2017). Krishna has received the 2019 Karnataka Sahitya Academy award for her translation of Karimayi. Her translation of Dr Kambar’s two plays, Rishyashringa and Mahmoud Gawan, has been published by Penguin Random House recently (2020). 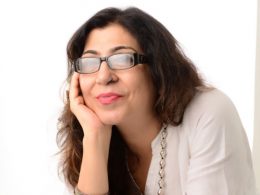 Milan Vohra is best known as India’s first Mills & Boon author. Her first book ‘The Love Asana’(Harlequin,2010) was an international best seller. Her second book, ‘Tick-tock we’re 30’, (Westland 2013) a popular romcom that revisits old friendships and new chemistry, has been acquired by a biggie studio for screen adaptation. Milan’s third book ‘Our Song’ (HarperCollins, 2019) is a romance centred around hope and the power of music. Her latest book ‘Head over heels’ (Amazon Kindle, 2020) is about forgiveness, acceptance and fighting your inner demons to find love. Milan also writes short stories published by Penguin, HarperCollins, Atta Galatta – in YA, women’s fiction and humour. She is a TEDx speaker and an awarded advertising professional. She has been creative director at India’s leading advertising agencies such as J. Walter Thompson, Saatchi and Saatchi and written iconic campaigns for Pizza Hut, Woodwards Gripe water, Biocon, Enamor lingerie. She has also written for publications like The Huffington Post, The Hindu, Cosmopolitan, Verve, eShe, New Indian Express… among others. She is a big believer in doing what you love.