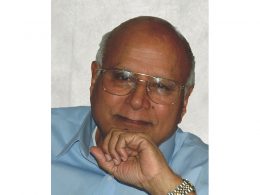 Velcheru Narayana Rao is a professor, author, and translator of classical works from Telugu, into English. His works include a translation of Manucaritramu, Peddeana’s 16th- century poem; The Demon’s Daughter: A Love Story, a translation of a 16th-century novel in verse by Pingali Suranna; How Urvashi Was Won, a translation of Kalidasa’s Vikaramorvsaiya; and Srinatha, the Poet Who Made Gods and Kings, all with David Shulman; as well as Textures of Time: Writing History in South India, with Shulman and Sanjay Subrahmanyam. Narayana Ra’s recent works include Text and Tradition in South India, (Delhi: Permanent Black, 2016, and Albany, NY: State University Press of New York, 2017,) and Viswanadha Satyanarayana, Ha Ha Hu Hu: A Horse-Headed God in Trafalgar Square (Gurgaon: Penguin Random Hose India, 2018).
Narayana Rao taught Telugu and Indian literatures for 38 years at University of Wisconsin–Madison and for a short period at the University of Chicago. In 2015, he was named the first Visweswara Rao and Sita Koppaka Professor in Telugu Culture, Literature, and History at Emory University.