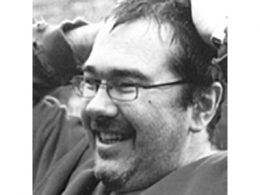 Born in Manchester and raised in Northern Ireland (where he still lives) Ian McDonald is an award winning Science Fiction author. His novels include BRASYL (2007), RIVER OF GODS (2004), ARES EXPRESS (2001), KIRINYA (1998) and DESOLATION ROAD (1988) and he been extensively published all over the world.

Ian is also also a prolific writer of novellas and short fiction and his work has appeared in many anthologies and collections.

Amongst the many accolades he has received for his fiction are the BSFA award (five times, across both the novel and short fiction categories), the Philip K. Dick award, the Hugo award, the LOCUS award for best first novel and the Theodore Sturgeon Memorial Award. He has also received nominations and shortlistings for a host of other genre prizes including the Arthur C. Clarke and Nebula awards. 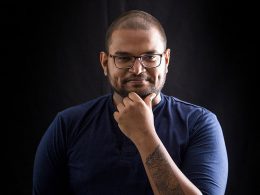 Yudhanjaya Wijeratne is a Sri Lankan science fiction author, data scientist and TEDx speaker, best known for Numbercaste and The Inhuman Race. By day he works at the intersection of near-future prediction, emerging tech and government policy, and by night he tries to get his cat to follow orders. He’s run news operations, almost been shot at too many times, and fallen off cliffs, but most of these things have been entirely by accident. He has a five-book deal with HarperCollins, and is the first Sri Lankan to be nominated for the Nebula Award.

Trends and Technologies Shaping our Tomorrows →