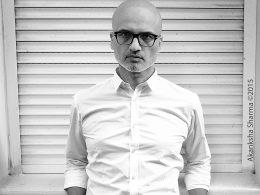 Jeet Thayil was born into a Syrian Christian family in Kerala. As a boy he traveled through much of the Indian subcontinent, Southeast Asia and North America with his father, TJS George, a writer and editor. He worked as a journalist for twenty-one years, in Bombay, Bangalore, Hong Kong and New York City. In 2005 he began to write fiction. The first installment of his Bombay Trilogy, Narcopolis, was shortlisted for the Booker Prize and became an unlikely bestseller. His book of poems These Errors Are Correct won the Sahitya Akademi Award (India’s National Academy of Letters), and his musical collaborations include the opera Babur in London. His essays, poetry and short fiction have appeared in the New York Review of Books, Granta, TLS, Esquire, The London Magazine, The Guardian and The Paris Review, among other venues. Jeet Thayil is the editor of The Penguin Book of Indian Poets. 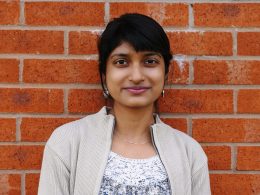 Sohini Basak is a writer and independent editor from Barrackpore. Her first poetry collection We Live in the Newness of Small Differences was awarded the inaugural International Beverly Manuscript Prize and published in 2018. She has received several other honours for her work, including a Toto Funds the Arts writing award, a Malcolm Bradbury Poetry Grant, and she was most recently the Vijay Nambisan fellow at Sangam House.