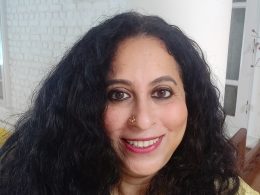 Anita Nair is the author of the novels The Better Man, Ladies Coupé, Mistress, Lessons in Forgetting, Idris: Keeper of the Light,  Alphabet Soup for Lovers and Eating Wasps.
She has also authored a crime series featuring Inspector Gowda.
Anita Nair’s other books include a collection of poems titled Malabar Mind, a collection of essays titled Goodnight & God Bless and six books for children. She has also translated into English T.S.Pillai's Malayalam cult classic Chemmeen. She has also edited a book of writings on Kerala titled Where the Rain is Born Anita Nair has also written two plays and the screenplay for the movie adaptation of her novel Lessons in Forgetting which was part of the Indian Panorama at IFFI 2012 and won the National Film Award in 2013.  Among other awards, she was also given the Central Sahitya Akademi award and the Crossword Prize.  Her books have been translated into over thirty two languages around the world.
She is the founder of the creative writing mentorship program Anita’s Attic.
Anita Nair is a High Profile Supporter of the UNHCR
Her Twitter and Instagram handles are @anitanairauthor 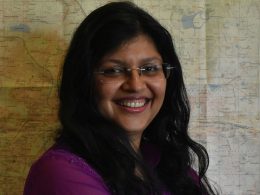 Harini Nagendra is a professor of ecology at Azim Premji University, and a well-known public speaker and writer on issues of nature and sustainability. She has received multiple awards for her research that include the 2009 Cozzarelli Prize from the US National Academy of Sciences, the 2013 Elinor Ostrom Senior Scholar award, and the 2017 Clarivate Web of Science award for interdisciplinary research in India.

The Bangalore Detectives Club is her first crime fiction novel. Her non-fiction books include Nature in the City: Bengaluru in the Past, Present and Future, and two books co-authored with Seema Mundoli – So Many Leaves, and Cities and Canopies: Trees in Indian Cities, which received the 2020 Publishing Next Awards for best English non-fiction book in India, and was featured on the 2021 Green Literature Festival’s honor list.

Harini lives in Bangalore with her family, in a home filled with maps. She loves trees, mysteries, and traditional recipes.

Dr Sally Breen is the author of The Casuals (2011) winner of the Varuna Harper Collins Manuscript Prize and Atomic City (2013) shortlisted for Book of the Year QLD Literary Awards 2014. Her short form work has been published widely in Overland, Griffith Review, Meanjin, The Guardian London, The Age, Best Australian Stories, The Asia Literary Review, The Conversation and The Sydney Review of Books. Dr Breen has worked as associate editor of the Griffith Review, is executive director of Asia Pacific Writers and Translators and Senior Lecturer in Creative Writing at Griffith University. She lives on the Gold Coast, Australia https://www.sallybreen.com.au 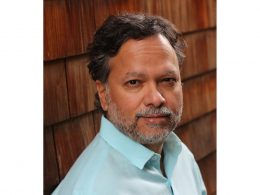 He then attended the Film School at Columbia University in New York. In the Columbia library, by chance, he happened upon the autobiography of Colonel James “Sikander” Skinner, a legendary nineteenth century soldier, born of an Indian mother and a British father. This book was to become the inspiration for Vikram’s novel, Red Earth and Pouring Rain. He left film school halfway to begin work on the novel.

Red Earth and Pouring Rain was published in 1995 by Penguin/India in India; by Faber and Faber in the UK; and by Little, Brown in the United States. The book was received with outstanding critical acclaim. It won the Commonwealth Writers Prize for Best First Book and the David Higham Prize for Fiction.

A collection of short stories, Love and Longing in Bombay, was published in 1997 by Penguin/India in India; by Faber and Faber in the UK; and by Little, Brown in the United States. Love and Longing in Bombay won the Commonwealth Writers Prize for Best Book (Eurasia region); was short-listed for the Guardian Fiction Prize; and was included in “Notable Books of 1997” by the New York Times Book Review, in “Best Books of the Year” by the Independent (London), in “Best Books of the Year” by the Guardian (London), and in “The Ten Best Books of 1997” by Outlook magazine (New Delhi). Two of these stories have been formerly published in the Paris Review and The New Yorker. The story “Dharma” was awarded the Discovery Prize by the Paris Review, and was included in Year’s Best Fantasy and Horror (St. Martin’s Press, 1998). The book was received with extensive critical acclaim.

A novel, Sacred Games, was published in 2006 by Penguin/India in India; and by Faber and Faber in the UK. It was published in January 2007 in the United States by HarperCollins. Sacred Games won the Hutch Crossword Award for English Fiction for 2006 and a Salon Book Award for 2007; it was a finalist for the National Book Critics Circle Award for Fiction. It was included on numerous “Best of the Year” lists and received lavish critical acclaim. In 2016, Sacred Games was chosen by Netflix to be their first original series from India.

Mirrored Mind: My Life in Letters and Code, a non-fiction book, was released in November 2013, by Hamish Hamilton (Penguin India). The same book was released as Geek Sublime: Writing Fiction, Coding Software in the UK in February 2014 by Faber & Faber; as Geek Sublime: The Beauty of Code, the Code of Beauty in the USA in September 2014 by Graywolf Press; as Geek Sublime: Une vision esthétique, littéraire, mathématique (et pleine d’autodérision) du codage in France in September 2014 by Robert Laffont; and as Geek Sublime in Italy in 2015 by Egg Edizioni. The book was a finalist for the National Book Critics Circle Award (USA); and was listed as an Editor’s Choice by TheNew York Times (USA); in the Notable Books of 2014, The New York Times (USA); Best Books of 2014, NPR (USA); The Best Science Books We Read in 2014, Wired Magazine (USA); The Best Books of 2014, The Telegraph (UK); The Best Non-fiction of 2014, Business Standard (India); Top 10 Tech Books of 2014, Medium (USA); Best of 2014, San Francisco Chronicle (USA); The Best of 2014, Sunday Guardian (India).

The first season of a Netflix series based on the novel Sacred Games was released worldwide (in 190 countries) on July 6, 2018, with Vikram Chandra attached as executive producer. The series had gained overwhelming popularity in India and global praise. Metro (UK) wrote, “With criminal kingpins, authority conspiracies and likeable cop duos, it’s tempting to label Sacred Games as the Indian Narcos – but the first four episodes are more concise and stylishly executed than its Colombian rival. If you’re pining for a fresh, addictive thriller bursting with style, Sacred Games is the perfect excuse to shield from the summer heat.” Taylor Antrim wrote in Vogue (USA) declared, “I’ve never seen anything like Sacred Games, Netflix’s mesmerizing, addictive eight-part crime thriller adapted from Vikram Chandra’s 2006 novel about Mumbai’s crime underworld… Sacred Games… feels electrifyingly new. Its visual language, its byzantine plotting, its go-for-broke expansiveness are all irresistibly polyglot: Bollywood maximalism meets downbeat Euro noir meets Hollywood gangster epic. This is globalism on the small screen. You can’t take your eyes off of it.” In a review titled “Sacred Games Is the Best New Show on Netflix You Aren’t Watching,” Lincoln Mitchell wrote for GQ (USA), “Developed by Netflix India and featuring several major Bollywood stars, Sacred Games is thrilling noir show set in contemporary India and one of the best Netflix original show in years… Religion is largely absent from the American noir of Raymond Chandler or Dashiell Hammett, but the sacred and profane are woven through every scene of Sacred Games. The show looks at the longstanding religious conflicts of India through the lens of crime… Almost every shot is beautiful to look at, even when it’s a gigantic mounds of garbage being set aflame. You’ll want to keep your eyes on the screen.” In Rolling Stone (India), Soleil Nathwani wrote, “By setting a high bar Sacred Games is more than phenomenal TV, it’s a shape-shifter… Astutely crafted, Sacred Games urges a socio-political self-examination that extends beyond the entertainment value of a show like Narcos, nearing the introspective genius of The Wire… In the show’s arresting opening shot a snow white dog falls several stories exuding a bloody pool as it lands in bright sunshine next to a group of school children. All that follows hits the same note; beautiful, horrific, poetic, dissonant but above all commanding that we sit up and take notice. Sacred Games is the game changer we’ve been waiting for.”

Vikram Chandra is the co-founder and CEO of Granthika Co., a software startup that is re-inventing writing and reading for the digital age. Granthika is a revolutionary new editor that allows writers to create knowledge as they write, and to attach semantics to the text that they create.

In June 1997, Vikram was featured in the New Yorker photograph of “India’s leading novelists.” His work has been translated into twenty languages. In 2015, he was the recipient of a Guggenheim Fellowship.
He has co-written Mission Kashmir, an Indian feature film starring Sanjay Dutt, Hrithik Roshan, Preity Zinta, and Jackie Shroff, that was released internationally in late October, 2000.

Vikram’s mother, Kamna Chandra, is the writer of several Hindi films including Prem Rog and 1942: A Love Story; she has also written plays for All India Radio and Doordarshan. His sister, Tanuja Chandra, is a director and screenwriter, who has directed several films including Sur and Sangharsh. His other sister Anupama Chopra is a film critic; she has written Dilwale Dulhania Le Jayenge, a BFI book about the hugely popular 1995 hit. Her first book, Sholay: The Making of a Classic, won the Swarn Kamal, a national award for the best Indian book on cinema in 1995. Vikram’s father, Navin Chandra, is a retired executive.

Vikram Chandra currently divides his time between Mumbai and Berkeley, California, where he teaches creative writing at the University of California. He lives with his wife Melanie Abrams, who is also a novelist. 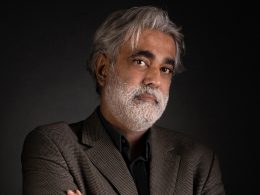 In Ranbir Sidhu’s latest novel, Dark Star, an old woman lies in bed in Punjab, dreaming of an India before Partition. One day she will walk again, and when she does, she tells herself, she will walk all the way to Delhi, she will tell the men who rule India what she really thinks. Siddhartha Deb describes it as “a profound, lyrical novel about displacement and homecoming.” He is the author four other books, including Deep Singh Blue and Good Indian Girls, and the winner of a Pushcart Prize and a New York Foundation for the Arts Fellowship, among other awards. His fiction and non-fiction appears widely, including in Conjunctions, The Georgia Review, Fence, Zyzzyva, The Missouri Review, Other Voices, The Happy Hypocrite, The Literary Review, Alaska Quarterly Review, Vice and Salon. Born in the UK, he grew up in California and lived much of his life in New York. Today, he lives in Athens, Greece.