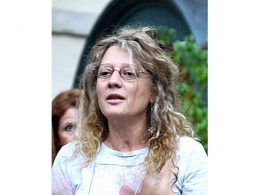 Jasmina Tesanovic is a Feminist and political activist (Women in Black; CodePink) and a writer, journalist, musician, translator and film director. In 1978 she promoted the first feminist conference in Eastern Europe, “Drug-ca Zena” (Belgrade). With Slavica Stojanovic she designs and creates the first feminist publishing house in the Balkans, “Feminist 94?, lasting for 10 years. She is the author of “Diary of a Political Idiot”, translated in 12 languages: a real time war diary written during the 1999 conflict in Kosovo. Since then she has been publishing her works on blogs and other media, always connected to the Internet.
One of the founders of Casa Jasmina, smart home of the future, in Turin, author of the manifesto and movement Internet of Women Things, IoWT. She writes in three languages and lives between Turin, Belgrade and Austin. 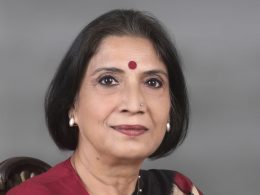 Rashmi Saksena, author ‘ She Goes to War: Women Militants of India’.
Veteran journalist Rashmi Saksena is a pioneer amongst women newsgatherers in India. She joined the Hindustan Times (Delhi) in 1971 and was the third women reporter in the city. From being the first crime reporter she moved on to cover politics, foreign affairs besides gender issues. She has done challenging assignments from covering surrender of dacoits, elections, insurgencies, international events and women related topics. She has exclusives to her credit in each field. Rashmi has reported for the Telegraph from Sri Lanka and worked in the Delhi bureau of Sunday,Sunday Mail and The Week. Currently she is the Consulting Editor of The Hitavada. Rashmi has won several awards for reporting.