The Family as a Microcosm 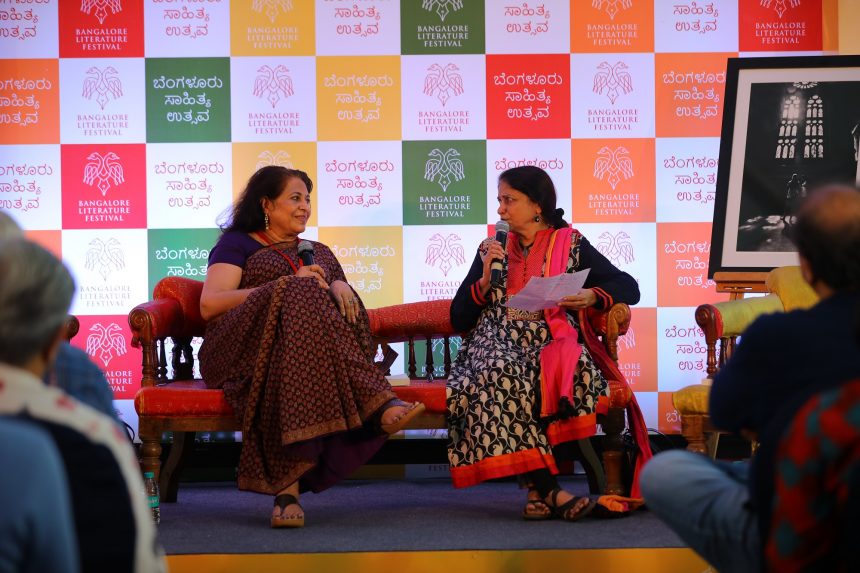 Bangaloreans got a chance to interact face to face with the renowned author Sadiqa Peerbhoy, who launched her latest book on the first day of Bangalore Literature Festival, 2017. ‘The Family as a Microcosm’ is the story of a dysfunctional family which is trying to survive through a distraught Bombay, post-Babri Masjid demolition. While both the family and the city are in turmoil, the author tries to portray how deeply the fate of both these two entities are intertwined. Whatever happens to the family, happens to the city and hence, the word ‘microcosm’ fits so aptly into the title.

Bombay used to be a city of peace, harmony, and unity. But some ghastly communal events after the demolition of Babri Masjid have thrown the city into ruins. Bombay is now disparate and divided. Will Bombay return to peace? Will Bombay survive? The author tries to answer these questions by taking the reader through the daily lives of a few select people trying to find their way through acute social divide and several interpersonal twists and turns.

Among other characters and relationships, a mother-son bond is portrayed as the epitome of the intricacies and complexities that a human relationship comes along with. In this particular relationship, the author has depicted some of the very basic and primary elements of human behaviour – ignorance, hatred, love, betrayal, and ego – and then extrapolated and linked these elements to the wider city and its people.

The family saga illustrated in this novel is indeed a metaphor for portraying Bombay, a city so desperately trying to hold itself together in times of extreme differences, and for the city to survive, its people must ignore the differences and find the ‘sameness’ among each other. ‘Surviving together’ is not a choice, it is the only option left for the citizens of a once harmonious metropolis. Bombay has always emanated a feeling of belonging, the author mentioned, and this book is dedicated to the spirit of Bombay, to the spirit of survival.

The author clarified that the book does not take sides and maintains a neutral perspective and told that, “This is a human story, not a religious one.” The characters of the story are very real lifelike and the key elements of a family nexus are highlighted. The author mentioned that, though the book is for everybody, people who are married and have now developed more maturity, in terms of relationships and bonding, will relate to the content of the book immediately. When somebody asked, what is in the book for somebody who is not yet married or not yet had a relationship, the author wittingly concluded with – “If you read the book, you’ll know what to expect when you finally get into one!”