For the first time, the Bangalore Literature Festival presents Literary Awards in conjunction with Atta Galatta, the city-based bookstore and art-literature space brought to life by Subodh Sankar and Lakshmi Subodh. Atta Galatta is also the Official Festival Bookstore.
The awards carry a total purse of Rs 2 lakhs for:
Best Fiction (English), Best Non-Fiction (English) and a Literary Achievement Award in Kannada. The Way Things Were by Aatish Taseer – Picador The Year of The Runaways by Sunjeev Sahota – Picador My Name is Abu Salem by S Hussain Zaidi – Penguin The Emergency: A Personal History by Coomi Kapoor – Penguin For the Kannada award, our jury will choose 1 winning author who has made a significant contribution to Kannada language and literature in form, function and flavour. It is an original sculpture titled “Thought Beyond Words” – to showcase how creative insights precede their translation into language.
The sculpture depicts the mind as a tree and thoughts as birds. Birds come and go to the branches of the tree. Some fleetingly, some with more persistence. Some birds will take up residence in the tree, build a nest in its branches, giving birth to more thoughts. 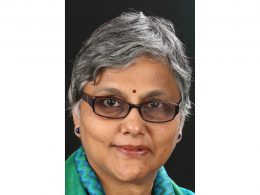 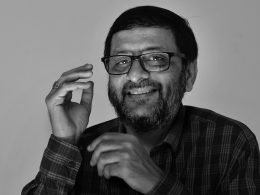 Vivek Shanbhag writes in Kannada. He has published five short story collections, three novels and two plays, and has edited two anthologies, one of them in English. For 7 years from 2005 to 2012, he published and edited the literary journal Desha Kaala. His acclaimed novel Ghachar Ghochar was published in English translation in 2015.  He was a Fall 2016 resident at the International Writing Program at the University of Iowa. An engineer by training, he lives in Bangalore. 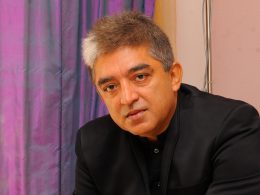 Find out more about Harish Bijoor at:
Http://ww.harishbijoorconsults.com
You can follow him on Twitter.com @harishbijoor