Public Libraries in the Digital Age 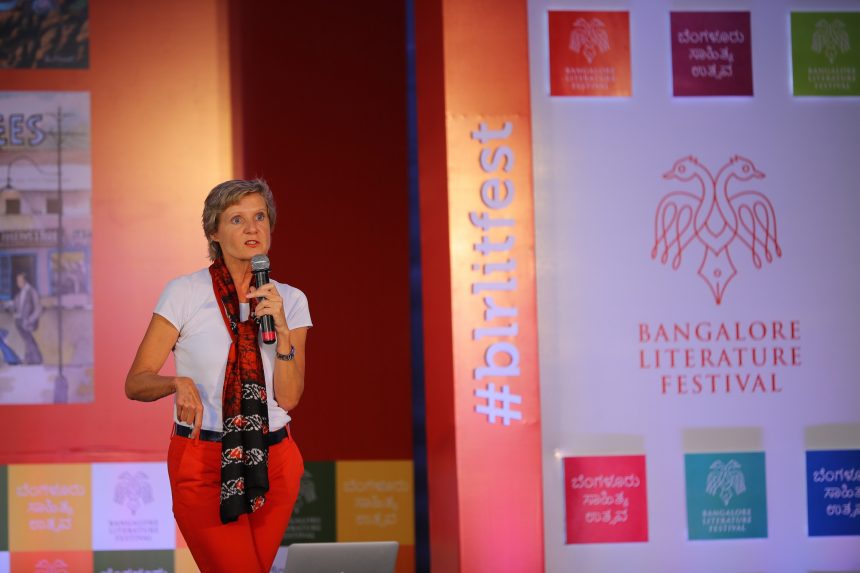 The speaker of the house was Hannelore Vogt with Satish Hosamani, the former is the director of Cologne Public Library, Germany and the latter represented Karnataka State Libraries. The session started with Hannelore presenting us some articles which looked like toys and one would wonder about its significance, only to realise from her presentation that those were printed out from the 3D printer of Hannelore’s public library.

She presented the ways in which libraries are a hit in this city of Germany. One would know this city from the cologne used by its ladies but the city’s library is also unique. This particular library has welcomed the digital platform wholeheartedly, rejecting the infamous debate between books and e-readers. Virtual/augmented reality is used as learning tools,.E-learning, MOOCs and artificial intelligence are the top trends according to our speaker.

She has used digitisation in various platforms of learning, starting from toddlers to aged. For toddlers, there’s a concept of digital storytelling where a bee-bot(robot in the shape of a bee) guides the toddlers to experience the story. When the child goes to school, there’s policy that each child will also be enrolled in the public library with the school. For children, there are various gaming resources where children create games.There are books with hotspots which means if a child scans the book at various points then augmented reality explains the concept more meticulously.

There are various events organised by the library promoting the new digitisation of the library, for example, Makerspaces and also Do it Yourself event where the young and the old meet to learn and teach each other. Then there’s Night in Library to emotionalise kids to the library. There are also literature archives in the library. The library also organises trendy events like Science Slam. There are many others like Reading dog Joy, book clubs and one book-one city. But the remarkable aspect of the whole process is that the initiative was taken by Hannelore herself and that too from the municipal funds. The advantage is that because all these services are free of cost, it is accessible to every class of the society.

Then came Mr Satish Hosamani who gave many figures about public libraries in Karnataka.But what was striking in the whole presentation was there were many figures about different libraries opening in different parts of Karnataka however the libraries did not really work towards attracting readers in the city. This means that even if we start increasing our infrastructure if there are no readers then the whole point becomes null.

The two presentation was in total contrast. The first one was about only one library and how it’s quality was improved whereas the second was about quantity and many libraries in Karnataka. If I had one take home to choose from the session it was that eventually, it’s the community in partnership with individuals’ efforts that brings about a change in the society.