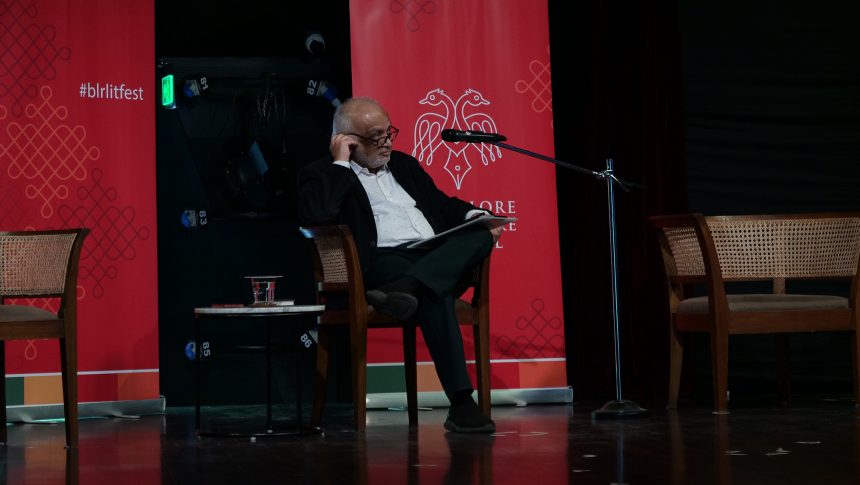 If there were to be a recollection of long-standing political issues through the last few decades in India, the Indo-Pak relationship is one that’s impossible to miss. The Spy Chronicles: RAW, ISI and the Illusion of Peace is a book that looks at the very same, in the eyes of two experts on the topic.

The session was moderated by Anand Arni, a former Special Secretary at the Research & Analysis Wing (R&AW), currently a Distinguished Fellow of the Geostrategy Programme at the Takshashila Institution, Bangalore. The two guests at the session were the voices in the book as well; Lt. Gen Mohammad Asad Durrani is a retired Three-Star rank General in the Pakistan Army, and currently is a commentator, speaker, and author. The conversation also had the co-author of the book, AS Dulat, a former Special Director of the Intelligence Bureau, and former Chief of the R&AW, and former advisor on Kashmir to the Prime Minister between 2000 and 2004.

The session’s first few pointers were on the pursuit of peace between the two countries, and how the former Chiefs viewed the prospects of it, and how it could be achieved. Durrani went back in time to when he was in office and his perception of how India’s stand was strictly status quo, and any movement on the same could spiral a situation out of control. However, he suggested his counterpart, AS Dulat, seemed far more optimistic, a tone that could be sensed throughout the session. Dulat believed and still does, that the situation between the neighbours could certainly improve, and how this could be incremental. Dulat stood by his stand of how the prospect of peace is dependent on engagement and that both countries should keep trying. The case has been so, through the tenures of past leadership within the country. Dulat’s reiteration was strong on the lines of moving past a stalemate, of a status quo that may favour one nation over the other. He acknowledged that both countries have had their fair share of issues, but must be ready to negotiate and get “something moving”.

The second topic of discussion brought forth by Anand Arni was that of Pakistan’s perception of India as a threat, and how Pakistan’s army plays a role in controlling the narratives in context with the Indo-Pak relations. Durrani acknowledges that the main threat or the most imminent ones are mostly internal, irrespective of the country. India may not be the biggest of the lot, given that multiple other facets of a political situation and the dynamics of that country with others in the World could be bigger, also sighting the example of Afghanistan’s dynamics with Pakistan. The threats have also been managed over the last few decades as well, and this certainly is not new. He also brought in the context of why or how the army could even have the power of Vetoing. He insisted that the army would have stepped in at a point when they had to because something was amiss, and certainly would not have been the only one wielding power, and banks on a combined effort.

The conversation steered into understanding what India could do, to ease this. Durrani recommended a mindset change. Many frameworks that have come from India, that of a composite dialogue formula or how former governments have been able to address quick wins. He brought back the challenge of moving away from the status quo, and for the country to be magnanimous and generous with its dialogues.

Towards a conversation that focused on the more recent topics around Kashmir, such as that of Article 370, Dulat also shed light on how both countries have had considerable emotions on newer developments. He insisted that conversations and actions to ease situations must be driven top-down, instead of bottom-up. Encouraging governments to have open and friendly conversations, perhaps increase visits and help discover ways to move forward are important, Dulat affirmed.

The last leg of the conversation revolved around how multiple parties, and not just India and Pakistan, understand and are expecting the countries to resolve, and address the issues between the two. Everyone is aware, he says, and there exists an expectation of resolution, not just sympathetic, but also if seen in the context of the book, even as a minuscule example, Durrani and Dulat’s association and coming together have been appreciated.