A World Undone: 100 Years of World War I 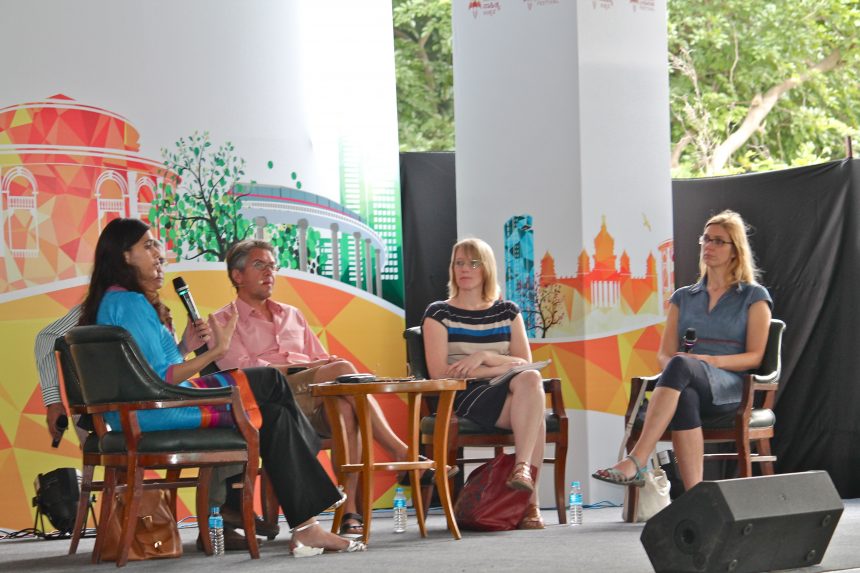 This discussion took the audience back in history, to the the cataclysmic First World War. It was an earth-shattering event, that most people don’t really remember today, mostly because the witnesses are no longer alive. The horrors the war perpetuated in our country, and the impact it has had on Indian society, are largely unknown and buried. But this panel of writers, researchers and curators have changed this with their work in the field.

According to Vedica Kant’s book, between 70-72000 Indians lost their lives. Their voices are unheard. They have mostly been erased from history. But why have they been forgotten? The First World War was the first time that Indians moved abroad in such scale. These 1.5 million Indians were largely poor, and in a sense ‘cannon fodder’. “In my book, I look at a lot of photographic material, to tell the story of the war,” Kant says. Sound clips of folk songs and conversations from over a 100 years ago also add to the untold story.

Steffen Kopetzky brought in a different perspective by bringing up the utilisation of propaganda by empires, and how the after effects of this propaganda is visible in societies even today. The British sent soldiers to war theatres across the world. The Afghanistan expedition to Kabul, in the name of jihad, was just one of the many they were going for in the world. All the countries knew that India was the jewel in the crown of British controlled areas, which is why Germany used propaganda before sending them back to fight the French or British. They sent secret agents to use Islam as a weapon. To fight enemies with tribes of enemies of different religions is like a disease. It’s seen today and the roots go back to that time. In addition to this, there was also the connection of oil wealth.
Falat and Tieke, cultural historians, discussed their use of sound archives of memories to gain a better understanding of World War I and the support they received from Surekha, Gilles Aubry and others as they curated articles and information of importance from the era of the Great War. They emphasised on the importance of relating it to Bangalore’s situation.

Religious identity isn’t something new. It’s something that has always been there as an ideology and as a political ideology. We think British colonial india was divorced from the world, but that’s not true. Letters and archives continue to reveal that Indian soldiers were connected to world happenings. The World War is an important period when you notice this global connection that India had at that time, that wasn’t so well-known, but is true.

The great war marked the ends of empires and emergence of nation states. It has shaped the country’s national discourse. The change has been from complex imperialist projects to more nationalist projects. But, it also tells us more about the conflicts of today. More than we can see at the first glance.