Can Seaweed Save the Climate? 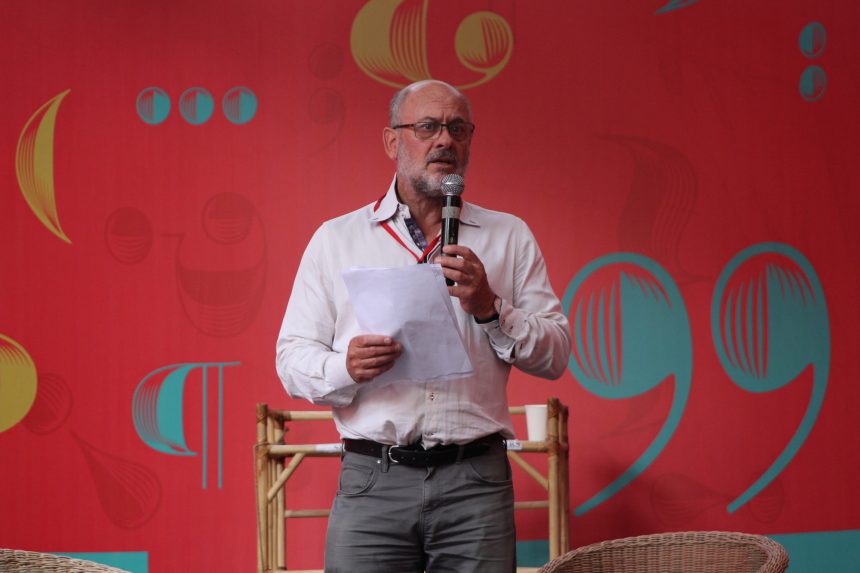 Tim Flannery is an Australian author who has served as the Chief Commissioner of the Climate Commission, a federal government body providing information on climate change to the Australian public. Flannery was named ‘Australian Humanist of the Year’ in 2005 and ‘Australian of the Year’ in 2007. He was also chairman of the Copenhagen Climate Council. Tim Flannery did a solo talk on ‘can seaweed save the climate?’. Despite the development of the Bangalore city, it’s great to see the greenery around which is why it is called as Garden City. It is so important to protect our local forest or greenery as we face the changes in climate. Tim’s motive of the session was to explain why seaweed was an important part of climate response as it tells us where we are in terms of climate crises. In 1859, John Tyndall, demonstrated the carbon dioxide impact on heat on earth. Later in the 20th century, it was realised that if we increase the concentration of CO2 in the atmosphere, it would change the climate. In the last 30 years, we have doubled the size of the problem. Things continued despite disagreement, despite the IPCC (Intergovernmental Panel on Climate Change) reports and warnings of the people we have not affected the trajectory of the emission growth. In 2018, emissions went up 1.7% and the concentration of CO2 in the atmosphere has increased by a record breaking three and a half parts million. This year it looks like the emission will increase again.

Tim believes that by the end of this decade we will be in trouble. No notice was taken of the warning, insufficient government actions occurred and now we are facing a critical moment in the climate crisis. The sea level is rising by more than two meter and 200 million people being replaced. Seaweed is a lot more than marine debris you find on the sea. It may play a big role in the efforts to mitigate climate change, researchers say. The process of seaweed aquaculture involves cultivating seaweed and harvesting it for the purpose of sinking the algae in the deeper ocean, where the carbon sorted in its tissues would remain buried.