Child Star to Her Own Woman 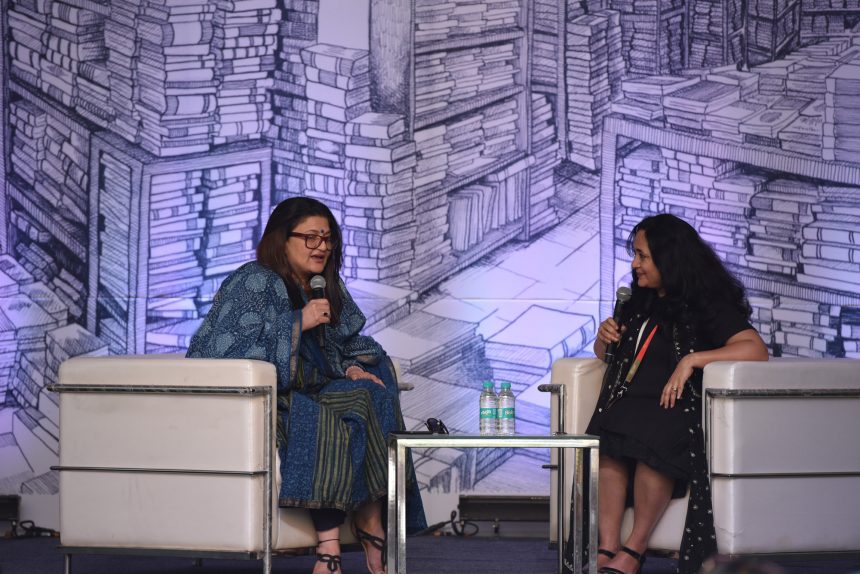 Elegance personified. That is Sarika. An actor that blossomed in front of the camera, Sarika literally grew up on movie sets. Starting her journey from Hamraaz as a child artist, she quickly captured the heart of the masses. The session ‘Child Star to her own Woman’ saw Sarika in conversation with Sadhana Rao.

Described as destiny’s child by the media, Sarika was called as the discipline’s child by the directors who applauded her tenacious efforts from a young age. During the session, Sadhana Rao related how much before Karan Johar’s movies and songs took over the Indian weddings and functions, people used to dance to the songs of Geet Gaata Chal of which Sarika was the heroine.

The second part of the session explored Sarika outside her cinema. It revealed a part of the actress that not many were familiar with. Self-taught from dictionaries, Sarika never had a conventional education or a home tutor for that matter. The actress revealed how she used to circle words in newspapers and verify them with a dictionary to teach herself. Sarika quipped, ‘I attended school only for a day and that whole day I spent in the restroom hiding as I was too scared to come out. Maybe, it’s because of this that I didn’t let my daughters skip a day of school even when they were sick’.

During the session, Sarika talked about how conducive the present day atmosphere is towards cinema. She highlighted how at present there are no limits for creativity. Any thought can become cinema- platforms like Amazon, Netflix and digital series have insured the freedom of creativity. She also explained briefly the state of the current cinema, which does not have to add in a lot of commercial elements to sell itself as there is an audience for every kind of film, be it any genre. The session also found Sarika speaking about her journey as a producer, costume designer and as a mother.