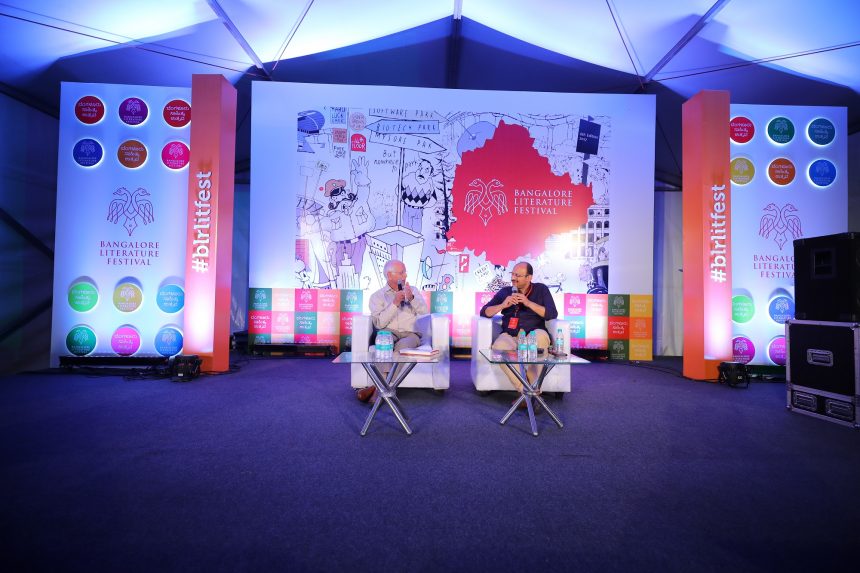 Arun says the trigger to write the book came when his grandson pointed out that he did not answer the woman who was knocking at his car’s window begging for money. Arun had not even realized that someone was knocking. He says it was a shocking self- revelation about how he has been conditioned to not listen. Effective communication is not just about conveying your message across rightly but also about listening to the message being conveyed. Communication is incomplete without listening. Arun says, his friend who was surprised to learn that his brother was an ardent supporter of Trump was probably not listening to the conversations with his brother during family gatherings.

Arun quotes Tagore from Gitanjali,
“Where the world has not been broken up into fragments
By narrow domestic walls”.

He says the consequence of not having a conversation has resulted in the divisions of the world as it is today. The structures of social media are only making the walls tighter every day. People are friends with likeminded people and are not ready to indulge with people who are different.

He quotes from Tagore again,
“Where the clear stream of reason has not lost its way
Into the dreary desert sand of dead habit”

He talks about how the mind today has been trained to think fast that we have lost the ability to thinking slow. Thinking slow, he says, helps you with empathy and compassion.

Arun remarks that the media houses today are yelling at each in debates and discussion. Everyone yells and it looks like a tribal war. He wonders which one of them is listening.

Dalai Lama who wrote the foreword for Arun’s book observed that listening is first of the two wisdom tools advocated by Buddhism. The other two being contemplation and meditation. The way yoga which is about conscious breathing can help in healing a lot of ailments, something as simple as listening can fix the problems of the world.

Arun leaves his audience with a very profound message about listening. In his own words, the cultivation of skills for deeper listening begins with the listening to the stranger within us. How true can that be!