Dreamers: How Young Indians Are Changing The World 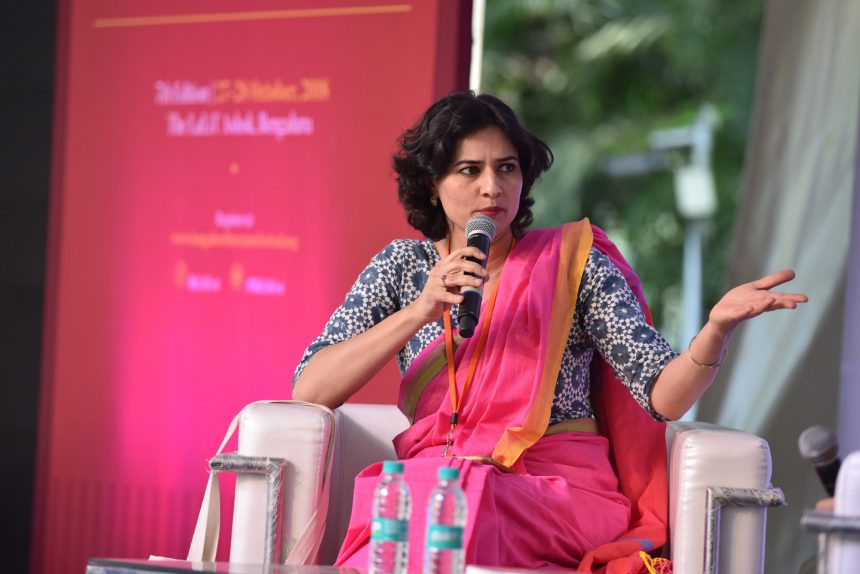 On the second day of the Bangalore Literature Festival, the audience got to witness an exciting discussion of the book ‘Dreamers: How Young Indians Are Changing The World’. The author of the book, Snigdha Poonam who is National Affairs Writer with the Hindustan Times was in conversation with Shaili Chopra.

Snigdha spoke about the stories in her book and mentioned that she started by just arriving at a particular place and talking to the people she came across. Before she drew out the few stories in the book, she had to meet many people and listen to their stories. However, in all these stories, she says that the dreams almost always had an extreme language.One wanted to be a media Moghul, another a Bollywood star and one other a global motivational speaker. Although, the common ground between all these stories was that these people with big dreams, these dreamers, had nothing going for them in any way. She said that all these people belonged to one of the 3 classes of being either uneducated or unemployed or unemployable.

Shaili further questioned Snigdha about the kind of tension that was involved in the conversation with the male youth of North India and about how their grasp on political identity among this youth was playing out? In response, Snigdha spoke about the sense of validation and respect that young men seek, be it from their family, the women around or the society. When this validation and respect is not given to them easily, these young men choose to find different ways to earn it easily and joining a political party seems to them like the easiest thing. It could be in the form of joining the local branch of the RSS group, and something even more local would be a cow protection group. There are more and more of Hindu protection groups also which they tend to join. And when they do, they find some meaning, purpose and respect. Some have also spoken about how they rediscovered respect for them amongst their family. Some others spoke about how it makes them cool in their college.

Shaili further inquired about the personality of youth that Snigdha found in Northern India and if they were inherently boisterous, to which Shaili responded that initially, all the boys she spoke to did seem to appear very strong and out there. However, Snigdha said that as she followed up with them over time and showed a lot of interest in their lives, eventually the insecurities did come out, whether it was about not being respected or losing a girlfriend. One person she had spoken to in Haryana had insecurities associated with his marriage and worried if any girl would ever love and respect him due to his lack of spoken English skills. She says that all these insecurities end up showing themselves in the form of anger which they turn towards the cow smugglers etc.

Shaili further asked Snigdha on the experiences she has had in her conversations with the girls in these regions. Shaili spoke of how the talk of women empowerment has also seeped into towns and asked her of how much truth is there in it and if there is any change being seen after all. Snigdha mentioned that she did observe a lot of change in the women of the country and that the changes the women are observing today are just as much as what the men are, although in dramatically different ways which were one of the reasons why her book talks about the male population. She says that, when it comes to women, there is an ongoing fight for freedom everywhere. It could be a fight to delay their marriage till the age of 25, to be able to take up a job etc. She says that women have to struggle to earn this freedom in order to be able to dream.

The session spoke of the dreams and aspirations of the male population of North India and ended with the discussion being opened to the audience who were enthusiastic and posed more questions to the author.