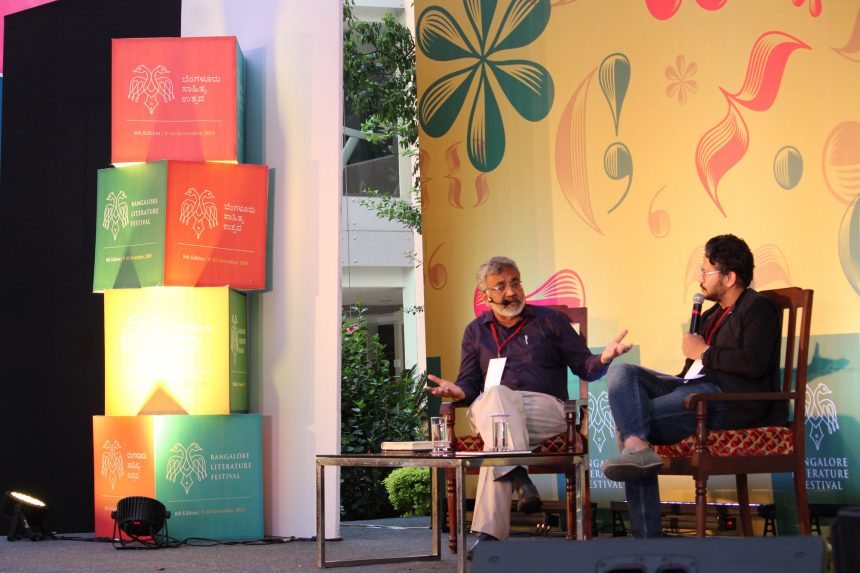 The audience seated at the Yayati stage arena on the first day of the Bangalore Literature Festival’19 were greeted by Tony Joseph, the author of the best-selling book, ‘Early Indians: The Story of Our Ancestors and Where We Came From’ for a 30-minutes session alongside Chandrahas Choudhury, novelist and columnist based in New Delhi who moderated the session.

Tony spoke about the contents of his book, ‘Early Indians: The Story of Our Ancestors and Where We Came From’ which is an account of the origin of modern Indians. There were varied discussions on what brings us together and on the ancestry of growth, not thought. Several questions on the disappearance of ancient civilisations of the Harappans, the Mesopotamians, etc. and whether they were our ancestors or not was also addressed. Tony’s book answers these questions and discusses these subjects in elaborate detail. He also touched upon how the Harappan civilization is known to grow naturally by agriculture and that further answers several other intertwined questions such as – ‘who were the first farmers and the first Indians?’.

He elaborately discussed three sets of migration that has great contribution in understanding the ancestry of the modern Indians and Chandrahas remarked how we were the first Indians to learn about those Indians from history Tony had written about in his book.

The session was concluded with general remarks on how geneticists in the modern times are capable of finding ancient DNA that has in turn changed our understanding of origin and brought in significant developments which in a nutshell can be explained in terms of ‘archaeology and encounter of technology’.