Fashion: The seamly and the unseemly 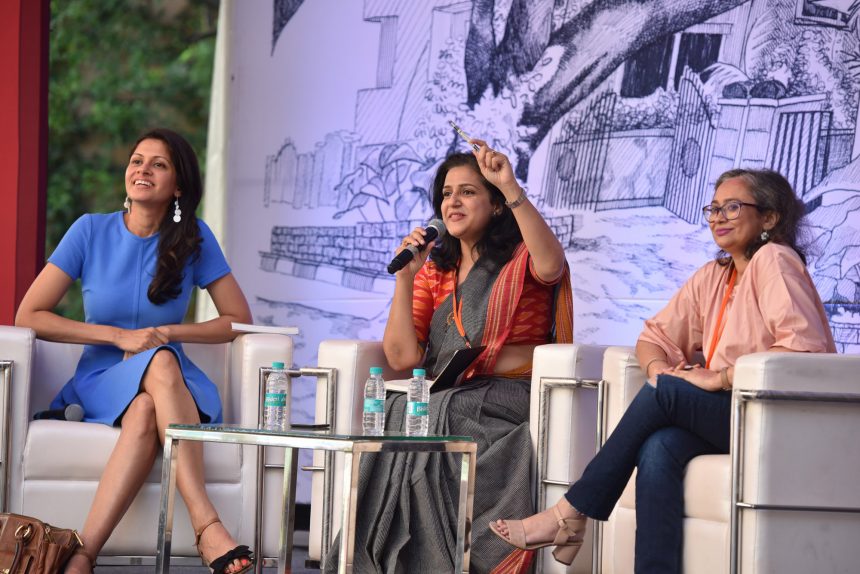 Shvetha being a former model has seen judgements regarding the lifestyle of a model and that how easy is the profession. She defends by saying that she doesn’t just walk for a living and there’s more behind the glamorous faces. The other aspect is the food habits. Shvetha believes that every individual according to their lifestyle and food habits develop a sense of eating and their bodies listen to it. So, the key to being fit and of a certain shape is to listen to your bodies.

Manjima, on the other hand, feels that the fashion industry portrays an illusionary picture or moulds of the shape of bodies and a party lifestyle which the common people fall trap to. Also, are various banners of fashion who in the name of charity conduct overpriced events spending funds in the wrong direction and losing the entire social purpose of the event. Which may not be true says Shvetha, people are vilified by the flashy commercials by models but in the end, it is their choice to choose what they want to and no model or fashion industry, in general, could be held responsible.

The discussion then touched upon feminism. They had different takes. Manjima says feminism has got all fashionable now. Feminists could, of course, be fashionable, there’s nothing wrong to it. As far as the agenda is upheld, what you adore and do it doesn’t matter at all. Models have represented various organizations under the promotion and awareness of feminism only as a symbol, which seems or sounds to be done only for monetary purposes says Manjima. Maybe true, but that’s an individual’s interest and should not be much bothered. Manjima closes saying she’s cynical about this.

Shveta says that the internet exposes people to abundant information, we have fashion bloggers giving beauty, health and fashion tips. We have food bloggers posting pictures of how food should look! Indeed the internet has it all. It also provides a transparent picture, revealing the people behind banners.

When we speak of feminism and the internet, there has to be a mention of the #MeToo movement. Audiences were curious to know their take on the movement. Social media as a platform has allowed people to freely express thoughts and experiences. This movement, in particular, has led to revelations regarding the sexual harassment they’ve faced. The ladies in the panel unanimously agreed that it’s a movement with great purpose and has more pros than cons.

The talk ended on a great note, I’m sure the audiences gave a thought about being judgemental of the fashion industry. Indeed it is what a person looks like and is a vanity job. But that is what it only seems to be. What about the unseemly?