History of the Kannada Script and Language 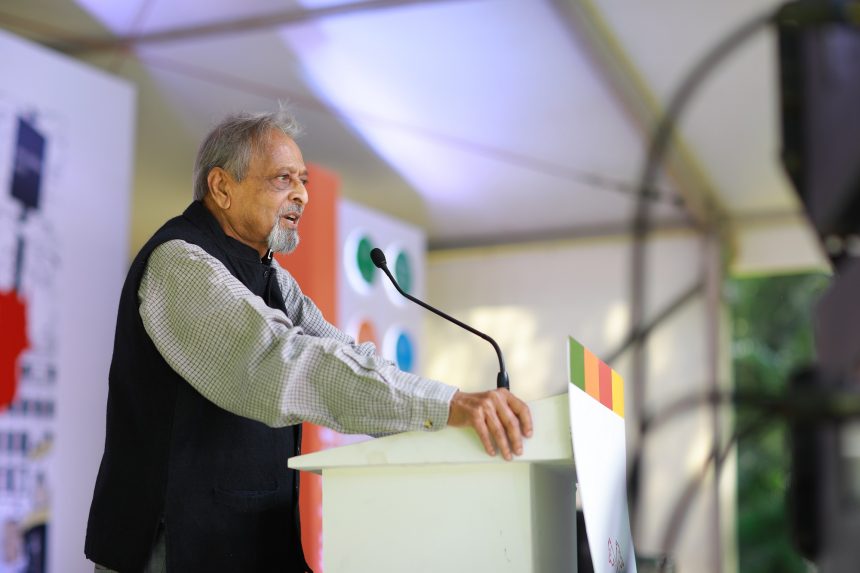 Pulling in a 1600-year timeline of the evolution of a language so dear to its folk in its homeland into a half an hour slot is a task that could very well be passed off as a herculean task. Yet, Dr S. Settar brought in the history of Kannada, with the clearest of details with ease. Dr Settar is a prolific writer in two languages- English and Kannada- and his themes pan across languages, art-history, religions, and the likes.

This author of a two-volume work on Ancient Kannada Script and Language traced the history of Kannada all the way from the 3rd century BC, with the coming of Ashoka Maurya, and his contribution to the development of the language. While Ashoka figures in our history books as a contributor to infrastructure, Buddhism, and the Kalinga war, seldom is he credited for bringing the Brahmi script and the Prakrit language together into one that millions will speak today.
Ashoka brought this concoction down south to make sure the locals understood his messages that were predominantly values he expected his subjects to follow. In pursuit of such a goal, the Karnataka region was then made the first literate territory.

Several edicts, minor, major, and rock-cut were centred in this region, so much so, 9 of 18 edicts were in Karnataka. The second stage, Settar says, when this medium stayed around for over 600 years between 3 BC and 3 AD. The Brahmi-Prakrit language stayed with the subjects. Buddhism and Jainism adopted these languages and soon gained popularity. Contrary to popular opinion, Sanskrit took a back seat in for those 600 years. Sanskrit also had no script, since the Vedas were orally passed down to protect the sanctity of the language. However, the Kushanas adopted the language and brought it down south to promote Hinduism, the influence of which on Kannada will soon be substantial.
The decline of the prevalence of Buddhism, however, did not impact the growth of Brahmi-Prakrit. Instead, the first few Hindu temples in Nagarjunakonda built by the Ikshvaku clan saw the instances of Sanskrit picking up the script to represent itself. Soon, the Brahmi script influenced Karnataka. Jainism also thrived alongside, and regional languages soon saw their prevalence.

The emergence of Kannada, Settar says, was around the end of the 4th century and in the beginning of the 5th. While languages were in use, they weren’t disciplined. Sanskrit had to be supported by these budding local languages, and there came several new letters to help the cause. Phonetics gained accuracy thanks to the influence of Sanskrit. This bi-lingual influence stayed until the 8th century.

The turning point in the history of this language was during the 9th Century with the work ‘Kaviraja Marga’ by the then ruler Nrupatunga. It was the first time when the language was referred to as ‘Kannada’. It acknowledged the presence of the varieties of Kannada. The work beautifully illustrates the various letters and gently pushes the fact that antiquity does not have to be permanent, and the vocabulary and style of an age is the change that must be embraced.
The present-day Kannada is a gentle amalgamation of Prakrit, Sanskrit, Tamil, Telugu, Persian, and English. That, Settar opines, is what makes the language stand out. Kannada is a language that had a place for all the languages and never had to get washed away.