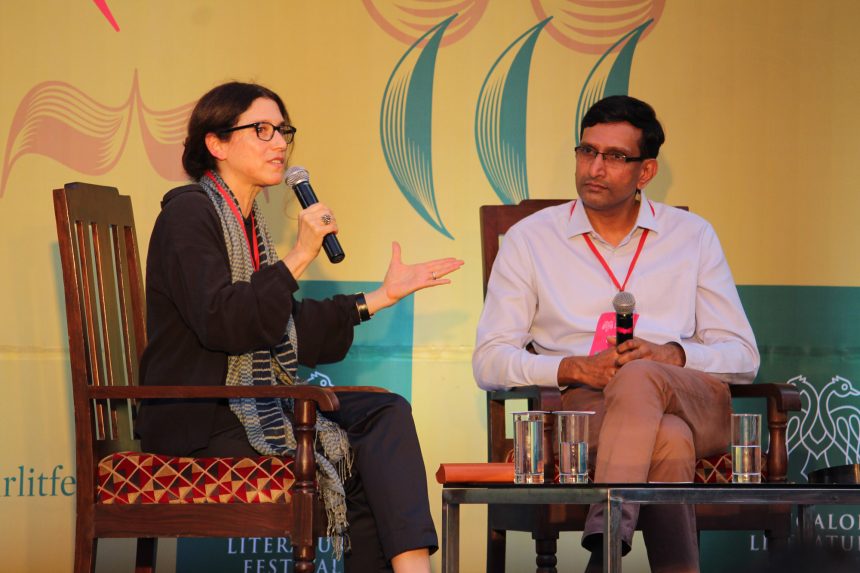 Ornit Shani speaks of the ramifications of the election system placed in India by the British Raj during their colonial rule in the Indian subcontinent. The election process in India is an established one that has been practised effectively since the beginning of Independent India.

In order to speak extensively about the contemporary process of election that takes place in the country, the fundamental regulations to be followed by the electoral board needs to be established which Ornit Shani with the excellent acquaintance of Srinath Raghavan posited through her speech.

The prioritising factor when it comes to the capacity to contribute to the election process is the requirement of being a citizen of the nation. In this case, this requirement existed even during the British Raj. The other requirement is the age of an individual is required to be 21 or more in order to be able to vote in an election. To shine light upon the electoral process and its inception during the British rule, the question of the inculcation of the Universal Adult Franchise was brought up, especially during the 1930s, but the innate problem that deemed this worthless were a multitude of factors that in succession, established a clear distance between the inclusion of the UAF and the electoral processes of the Indian subcontinent.

The first issue was a logistical one, which was the absence of sufficient personnel in the polling department. The second hindrance was the rampant illiteracy that pervaded through the houses and huts of India which deemed the erection of UAF next to impossible. In an imperialist and colonialist atmosphere, UAF required the creation of a joint list of voters that included people from all sections of the society, including the colonized along with the colonizers, which has its own juxtaposing issues. The creation of the Indian Civil Services was an attempt at clearing this issue in order to cater to the free flowing of bureaucracy within the nation state. According to Ornit Shani, what is to be taken into consideration is that the bureaucrats of the 1930s were essentially obstructionists in nature, meaning that their sole intentions were to deliberately delay or evade a process of polity. This resulted in the demands made by the authorities to create lists and instructions in order to make sure that their objectives are accomplished successfully. The democratic dialogue which was to take place during the time of elections was overturned and the order of disenfranchisement was passed in order to keep a political dominance and hegemony intact.

Further, Srinath speaks about the treaties of accession that the princely states were to sign in order to be a part of this larger state. The clauses of the treaty of accession was based on the subjects of the provision of defense, external affairs, and communications. Yet, according to Srinath, nowhere in the treaty does it provide ownership or rulership of the territory itself to the party that drafted the treaty. The attempt at connecting people all across India through an electoral process was disturbed by several states. For example, Saurashtra created its own constituency in order to deviate from the central powers which created a hindrance.

Another issue in the effective completion of the election process post partition was the inclusion of refugees in the electoral list. The requirement of citizenship in order to vote is something that the refugees lacked, and the waiting period of 180 days within the nation was not completed in order to provide citizenship. This inevitably resulted in the disenfranchisement of Indian voters due to the question of what really constituted an Indian.

A solution was reached that the refugees would be provided with a citizenship upon the agreement of their stay in the camp until further due process was completed. Being on the electoral role meant that an individual’s citizenship was guaranteed, which was an imperative requirement for many people who were deemed to be stateless due to the geopolitical situation. The creation of awareness for this was a rather difficult one and the result of the same is the ultimate reason for the existence of the election process in the Republic of India.