Is There an Indian Road to Equality? - BLF 2018 Reports - Bangalore Literature Festival (BLF)

Is There an Indian Road to Equality? 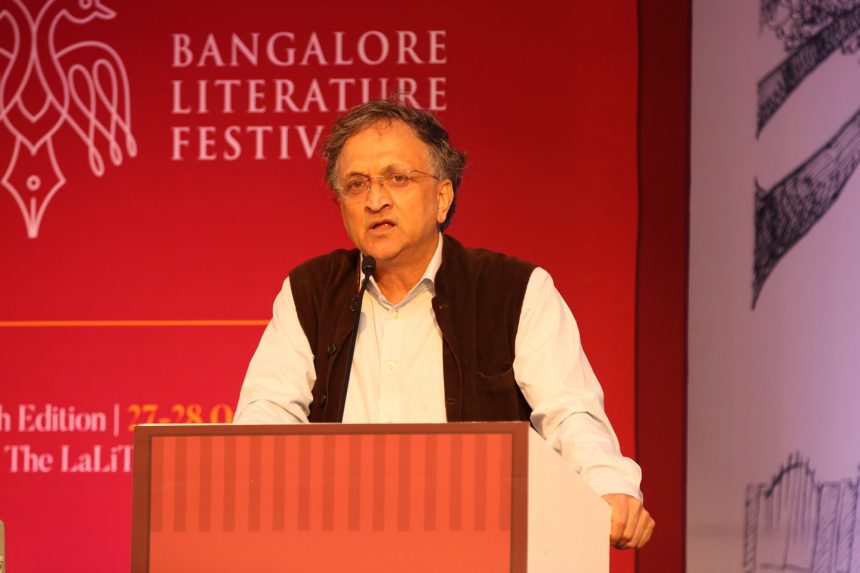 Author of recently published Gandhi: The Years that Changed the world, from cricket to history to political science, he has worn all kinds of hat. In this session, Ramachandra Guha premiered about a topic with which he has not engaged formerly. Starting with the current MeToo movement and the Sabarimala Temple case, he went on to say that it is not possible to achieve economic equality in a democratic setup, only thing which can be is to reduce the class struggle. This means that one should hope for education for all, better quality of employment for all and not see a world which is utopian. This background he gave to introduce the main topic of his speech which is Social Inequality. He said that even though India has achieved its freedom, we are way back when it comes to social freedom.

Two points where he particularly focused were Caste and Gender discrimination. ‘Homo Hierarchicus’ written by Louis Dumont talks about how India has always been a hierarchical society where our scriptures have glorified discrimination against women and Dalits. It disfigures democracy when two important human resources of the country, is being discriminated against, since ages. So much so that in his biography of Gandhi, he mentions how a sect of Shankaracharyas threatened Gandhi of excommunication if he supports the cause against untouchability. He also went on to say that Islam, Christianity and Sikhs have their own levels of untouchability where they treat the converts in a different way than the ones who are not. In the same tone, he said that gender discrimination has also been in society since ages, it is present at the core of everyday social life. Before the reforms of the 1950s, polygamy was common and also divorces from women were illegal. Like Caste discrimination, he went on to say that Gender discrimination has been prevalent in other religions also. In Islam, there is a system of Purdah. In Sikhism and Christianity, there is little less gender discrimination but oppression is everywhere.

Quoting from ‘Imagined Communities’ by Ben Anderson, he went on to say that no one can be a true nationalist if he does not feel a sense of shame attached to his nation. Because it is a sense of shame which drives one for better work, straightaway rejection of reality is also problematic. As a sense of solution he provided three types of equality which is immediately needed:
Equality before law
Equality in everyday life
Equality in the eyes of God.

Explaining these three, he says the last one is really important because unlike western nations, India is a highly religious country. So, an aspect like ‘equality in the eyes of God’ will be taken very seriously. In this context, Dalits have forwarded the women’s movement. To this, he gave the example of Vyakom Satyagraha, where like Sabarimala, even Dalits were not allowed in the temple but persistent revolution helped and now it is a changed story. Another example which he gave was of the Non-Cooperation Movement in 1920, where lawyers like Gandhi asked everyone to give up law but when in 1925 there was a Dalit oppression, C.Rajagopalachari took up the law again for the cause against Dalit oppression.

Guha agrees that there is Equality before the Law because of our constitution but the point where he stressed most was Equality in everyday life or in our social practice, this he says, is a farfetched dream since even today we have cases like Rohit Vemula’s suicide. Even 70 years after independence we are still stuck in the myriad of deep discrimination against women and thus effective social reforms are the need of the hour. Bringing his famous point about the coexistence of Gandhi and Ambedkar together, he said, how Gandhi made sure that the upper case gives up their privileges and understand caste discrimination at the same time Ambedkar empowered and reclaimed the spaces for Dalits to occupy. To put it in the context of Gender, men also have the responsibility like women to ensure patriarchy doesn’t seep through the next generation. It is only when such reforms come that Ambedkar’s idea of One Man, One Value can be successfully seen in our highly polarised society.