Manto in Times of Intolerance 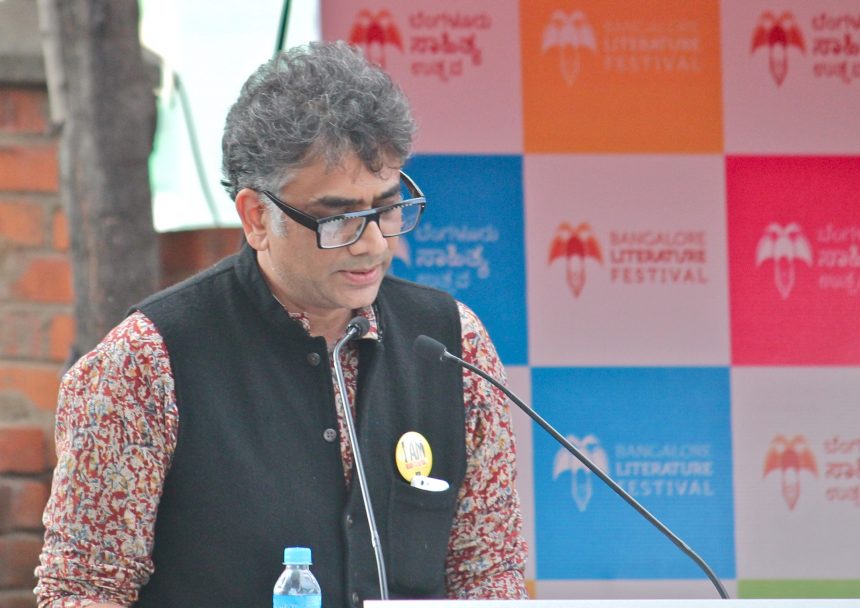 In an era where intolerance is not only trending on various social media platforms but has also managed to grab a sizeable mindshare of a politically aware citizen, here comes Aakar Patel to take us to times which were far more disturbing than our present – the times of Saadat Hasan Manto.

The acclaimed writer and columnist started off the session with a little bit of history about Urdu, the pioneers in Urdu literature such as Huli Khutub Shah and various others. Starting off with the interactive reading, Patel read out a few excerpts from ‘Manto Ke Mazami’ where two characters Iqbal and Munshi fight over matters as insignificant as lemon and soda drinks. “The same fight still continues. We as a society are still fighting on issues like what meat to eat, what clothes to wear and which shape of stones to worship,” he said.

Patel also talked about his book ‘Bombay in the Riots’ which is a translation of “Baatein”, a book on the events which occurred in Bombay (now Mumbai) during the time of partition, how the city was divided into two groups and the clashes amongst them. It has been 60 years and the same tension continues. On being asked why he translated Manto’s book, Patel said, “Manto is a very simple writer. His reportage of Bombay should be made widely available.”

Expressing his views on growing intolerance and violence in the country, Patel said that going by the numbers, violence has gone down, surely, but the growth of social media and its exposure has given people a wider platform to express their hatred.

So, if Manto was alive today, how would things be? How different or similar would his writings be? Writing about man-woman relationships would have been the same as he has mastered the art of writing about the tenderness and physical implication of the relationship that a man and a woman share. His writings on communal violence would not have been as dark as it was in those times. When politics tends to exaggerate religious divisions, what we would see is what we have seen in 1947, 1992 and now (at some level). Manto still remains relevant.