Silence – The Trolls are in Session 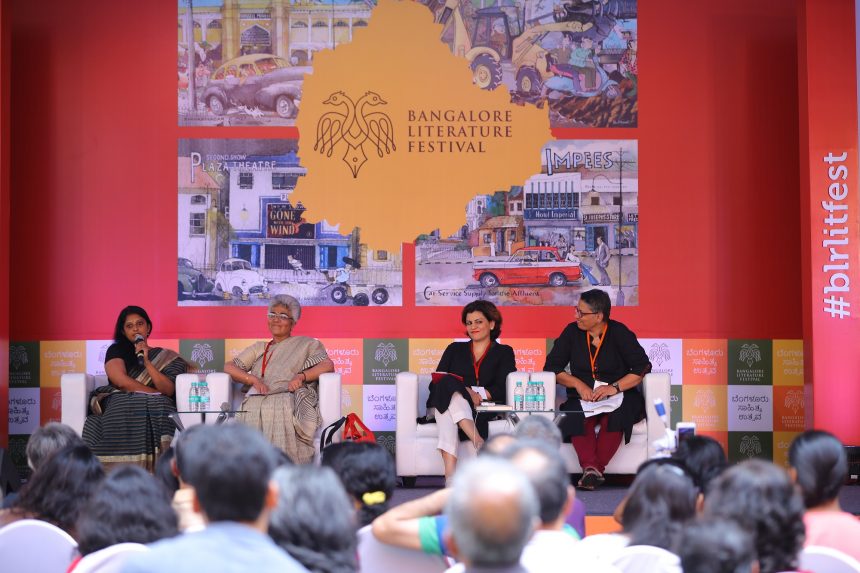 Women have always been easy subjects of harassment but the tragic death of Gauri Lankesh has sent us a very important message and it becomes very crucial to discuss the perils of being a woman journalist. The Bangalore literature festival had eminent journalists like Sindhu from Asianet news, Nidhi Razdhan from NDTV, Laxmi Murthy who works with International Federation of Journalists on issues of press freedom and journalists’ rights and award-winning journalist Ammu Joseph discuss and debate about what needs to be done to safeguard the women in journalism.

Ammu Joseph pointed to reports which indicate that there is an increasing trend of gender-based threats against women journalists. The number of women journalists getting killed have also gone high in the last few years. Online harassment and abuse have come up as a new and uncontrollable form of violence against women and since 2013, the frequency of such crimes have gone up. Most of these threats are anonymous and as Dhanya Rajendran states the harassers are not afraid of consequences.

Sindhu said she could relate to Gauri because she too was harassed, body-shammed, and curled abuses at. Sindhu spoke about how she and her family was traumatized by online trolls and abusive callers accusing her of having insulted Durga Devi in her show while it was indeed the BJP leader himself who was being offensive. She also attacked the National media saying they are not really national media because they pay no attention to such jingoistic forces while the regional media do more to contain them.

Nidhi Razwan empathized with Sindhu and agreed how she herself had stayed out of twitter until fake handles started coming up.She did not mince her words when she spoke of the right-wing trolls. In her words, while the Congress and AAP trolls are annoying and stupid, the right wingers cross the line and get abusive. She also appreciated twitter for being more responsive in handling these abusive trolls while Facebook is terrible at these. Nidhi was worried that WhatsApp forwards has become tools of intimidation through the organized spreading of lies. Speaking of Gauri, she reiterates that she does not know who killed Gauri, but she could see who is celebrating her death and that is worrisome.

According to Laxmi Murthy, harassment against women on online forums is very much like physical harassment and women tend to get pushed out of these spaces. However, the challenge is to stay in the spaces. Most women journalists deal with it through a good amount of self-censorship. But there has been no study so far on the self-censorship that happens. While men also get harassed, the harassment that women are subjected to is unique. There are paid troll armies and most of them are right wing, says Laxmi. She also points how handling abuses in regional language become even more difficult because social media handles like Twitter do not understand the abuses in regional language and it takes them longer to act against such abuses.

Reporting the issue to police is like a double-edged sword for women journalists because a police complaint means inviting more troubles. Also, intriguing is that these online trolls are not sociopaths. It could be people who you know. It could even be you and me and that is more reason to worry, Laxmi continues. Most trolling happens at night and they start snowballing after a single abusive comment. So it is a must to increase online patrols at night to ensure these abuses are taken down immediately by the institutions.

Ammu read out a note sent by Dhanya Rajendran on the subject. Dhanya says trolling has become a way of life and it is deeply disturbing. Most of these are threats of rape, acid attack and murder. She says even strangers who barely know her have been trolling her which is concerning. The panellist continued discussing how different is the trolling of men in journalism when compared with women journalists. They also pointed out at fans of male actors like Mohanlal or Salman Khan who turn extremely abusive if the journalists comment on their movies. They also briefly mulled over how the striking down of the article 66 A has affected the social media trolling.

Laxmi says, after the amendment in 2013, there are stronger laws today, against stalking which also includes cyber-stalking. So, women must stay, battle out these trolls and not quit these spaces. Gathering more support against these trolls through law and institutional measures is the way to go about, she concludes.

About the Author: Jeevanayagi Ganapathy is Founder Editor and Writer at Bookstalkist.