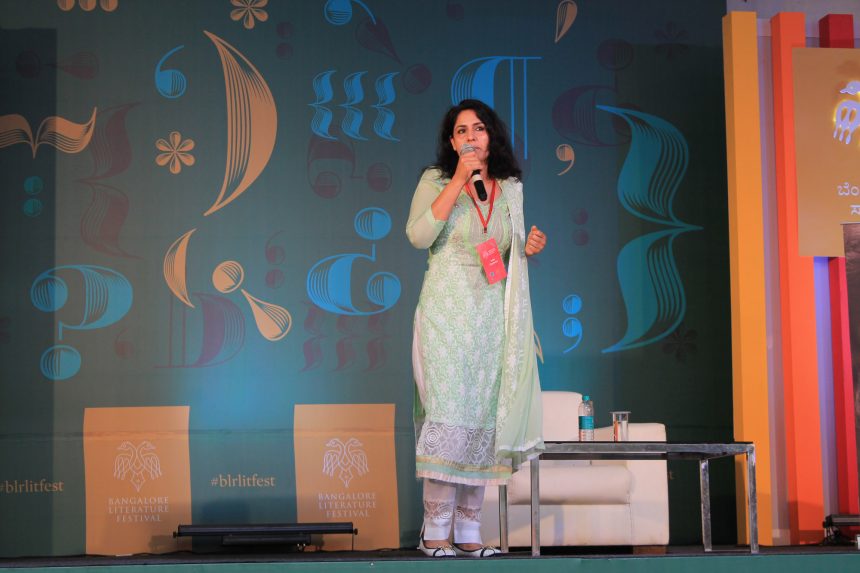 More than three years have passed since this Mumbai air hostess became the face of the 2016 Brussels terror attack after the picture of her blood-streaked shell shocked picture went viral. The picture was soul-stirring, to say the least, many over social media pitied her. Nidhi Chaphekar went through all the ordeal and came out bravely out of her dark phase.

Now, here she was booming with confidence, a living and breathing testament of human grit, optimism and extreme will power, sharing her story at BLF.

Nidhi shared how traumatizing the experience was. She was burnt twenty percent, metal pieces were stuck in her body, and she has been through the medically-induced coma. Doctors said she won’t be able to walk ever again. Amidst all this, she started having suicidal thoughts however due to her parent’s support and her never give up attitude she fought through all these.

She also shared how she was aghast and shattered when she looked for the first time in the mirror after the incident, but held herself together and vowed to accept and love herself. Nidhi mentioned that there is no one other than your very own self who can truly help you. She also mentioned how sharing of stories among survivors encouraged and provided her with energy to fight.

On being asked was she able to forgive the people who caused her so much harm and pain, she replied without any bitterness, “since several people were involved I have no right to either comment on that nor forgive them”. When asked about how she was able to bounce back, She said, she accepted the way she was and started looking for ways to become better and began with loving herself more than ever.