The City as a Protagonist 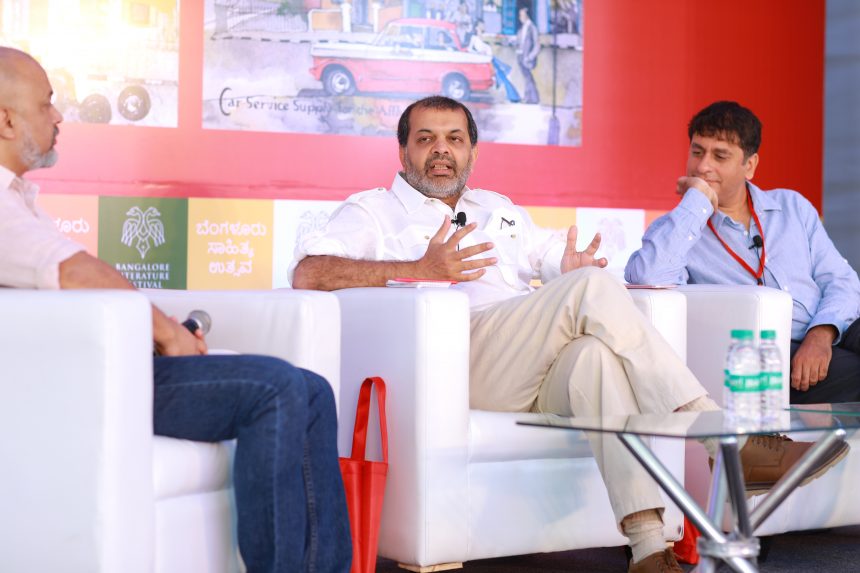 How often do we flow into the city and see it as a living, breathing space that weaves in memories? Imraan Coovadia, the author of five novels (‘The Wedding, ‘Tales of the Metric System’, to name a few), Suketu Mehta of ‘Maximum City’ fame, in conversation with Ravi Singh of ‘Speaking Tiger’ were in to discuss the workings of the city, and what these residents bring to help the cities thrive. Both authors bring in their experience of being in multiple cities in their lives, tracing it from their forefathers seeking to move out of their cities in India to cities elsewhere around the globe.

Ravi’s first question to the authors elicited their thoughts on why they chose cities, and what fascinates them enough to build works around them. As simple as it may sound, Mehta reveals his love for people, their lives, and hence, their abode is just as fascinating. The receding clear lines between the rural and urban, and the long-standing fascination of migrating to cities that he has seen in his childhood, himself, is another aspect. The very thought of how families are willing to move from the open countryside to “ant boxes”, and the stories that churn out from these dynamics, he says are what pushed him to write on cities.

Coovadia draws his fascination from the opportunities and possibilities that cities hand out to lives; “you begin somewhere, you end somewhere else”. What he finds interesting, is how natives find solace in their own ethnic groups and are yet so distrusting of their own kind.

The identity of an individual is one that comes along with the individual themselves and does the casting of the identity, and picking the one of the city a facet of interest for the authors, Ravi asks. ‘Inter-locals’, is the answer Suketu picks. He opines that Inter-locals are quite the opposite to Globalized individuals; inter-locals understand the uniqueness of the locality they are in, while globalized individuals consume all of it, with little awareness of what is unique to the place.

The former chime as cultural ambassadors of the lands they hail from; connect, and enrich the two places they consider homes, even though a confusion of which to call home ensues. Cities and their infrastructural challenges do not necessarily frighten the inter-local as much as loneliness may. A maturity develops slowly, where home is not defined by where a roof exists, but where experiences culminate, and therefore, Earth is a home by itself. Coovadia’s outlook on identities is that of bringing what is unique and blending it with the existing culture of the place. That not only defines a community but also colours an identity for the city.

The identity of the city is as much a factor for the humble human being to move around. Cities have grown to symbolize freedom, a canvas where residents paint ideas. The individual has now come to seek acceptance from the cities, as they move from being simple places of work to places where families and identities are waiting to be formed.