The Cows of Bangalore 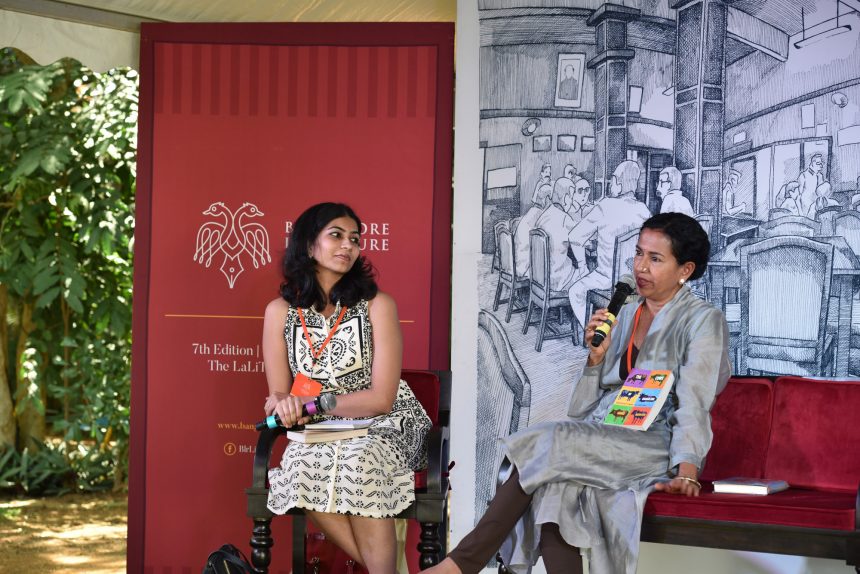 The speaker for the session was Shoba Narayan who initially shared that her dream was to become a standup comedian. The speech was set around the Indian mythological spiritual animal: Cow; cow being a part of Indian mythology.

The speaker introduced Sarala, the owner of 18 cows who approached Shoba, for a loan to buy a cow. When Shoba countered her with how she was going to repay it, Sarala informed her that she would provide her with 4 litres of milk everyday for free as to show her gratitude, until that day when she would have saved the required money to repay her, which was gladly accepted by Shoba. Post this, Sarala insisted and also requested Shoba to take over the position of being the owner for the described cow, as she was responsible for the arrangement in getting her the needed loan for making the cow a part of her family. Shoba was grateful for the suggestion and agreed. She named the cow after a thoughtful process as, Anandalakshmi which proclaims the meaning, “Goddess of wealth”. “It is amazing that a cow eats all these medicinal herbs and grasses and gives us all these wonderful things through its milk. That is the magic of cow’s milk. That is why we worship this animal”, she added.

She concluded the speech with a very thoughtful as well as a strong reality based statement, “we have to create a bond or an understanding between humans and animal.” The speaker believes that we can contribute in increasing the population of cows by preventing them from being slaughtered away. These can be achieved by encouraging people to buy desi cow milk, monitoring the health of the cows, and in many more ways.

About the Author: Sheetal J from the Presidency University loves sketching and doing artwork related to her favourite artists Bangtan Sonyeondan. She currently writes for Bookstalkist.